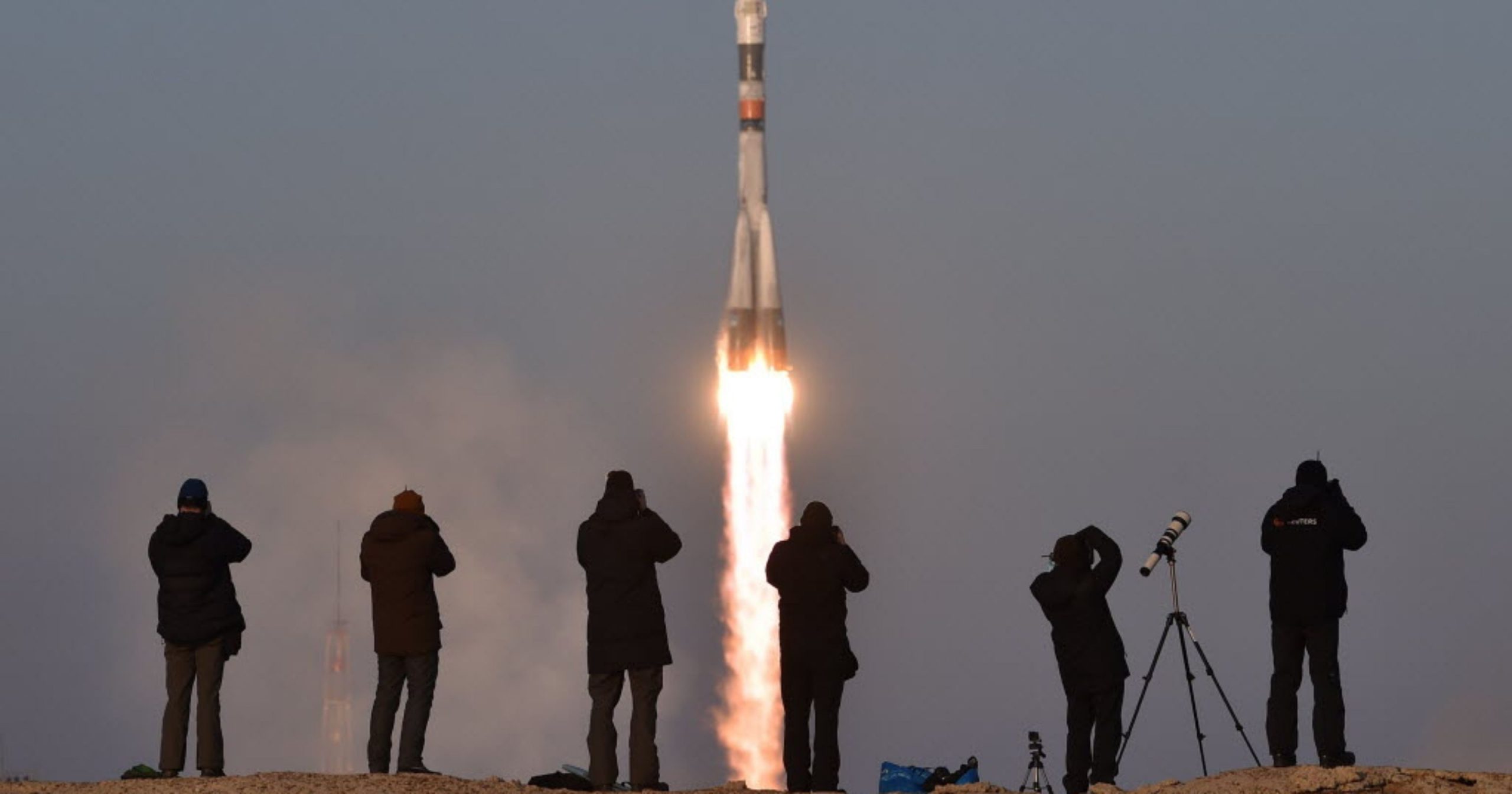 Russia has its own customs and traditions to follow before, during, and after every spaceflight launch which has become integral ever since it was started by Yuri Gagarin, the first man in space back in 1961 before his first launch. There are many activities that Russian cosmonauts and astronauts from other space agencies do in order to honor the tradition at the Baikonur Cosmodrome right before the launch. Here are 14 things astronauts do before the launch.

Followers for Yuri Gagarin – He made his maiden voyage on April 12, 1961, when he became a man in space. He died at the age of 34 after which, his remains were interred in a wall of the Kremlin. Now, every astronaut and backup crew pay their respects to the wall by placing red carnations during their transmission to the Soyuz rocket.

Flag raising ceremony – Next tradition that all the cosmonauts and astronauts follow is to raise flags at the Baikonur Cosmodrome in Kazakhstan. The crew remains in quarantine at the Cosmonaut hotel and just five days before the launch, they come at the place to raise flags on the participating countries towards the next flight to the ISS.

Plant a tree – Yuri Gagarin was the first person to plant a tree at the Cosmonaut Alley where a grove of trees can be seen planted by astronauts who have been part of missions to the ISS. All the crew members participate in this tradition.

Sign names – Next stop is the Korolev Museum at Baikonur where astronauts and backup crews sign their names on the board.

Flattening coins – Two days before the launch, Soyuz rocket along with the spacecraft is transported to the landing pad on the railroad. Earlier, engineers would plant coins on the rail tracks to flatten it out when the locomotive passed over it for good luck. However, astronauts and backup crews are not allowed to see the rollout or when the rocket is erected.

Erecting the rocket – Now the Soyuz rocket is erected on the launch pad using gantry and other equipment two days before the launch.

Press Meet – Next stop is the press meet where both prime crews and backup crews appear on their last public appearance before making it to the ISS. The event is held at the Cosmonaut Hotel where the crew is in the enclosure so that they aren’t attracted or infected by any germs.

Movie Night, Haircuts, & Signing door – Next stop after the rocket is erected, the crew gets a haircut. Next, they watch a Russian classic called “White Sun of the Desert (1969)” which is considered as a good luck charm. On the day of the launch, they sign the doors on their rooms at the hotel as well as drink champagne and other activities.

Orthodox Priest and blessings – This tradition started in 1994 when cosmonaut Alexander Viktorenko who commanded the Soyuz TM-20 flight requested for blessings from an Orthodox priest who blesses the rocket at the launch pad and then, blesses the astronauts at their hotel.

A final farewell – After everything is said and done, now it’s time for the prime crews to step onto the orbital module. They climb up on flight stairs to reach the module and then, use another hatch to step into the descent module where they will spend few hours to two days on their journey to the International Space Station before docking at the station.

The Launch – The specially designed Soyuz spacecraft can withstand extreme hot or cold temperature unlike NASA’s Space Shuttle. This allows it to launch in any weather. The three prime members or replacements (if any) launch on the Soyuz rocket where the Russian cosmonauts command the spacecraft as part of the tradition. All the instructions onboard the rocket are in Russian which means, all the astronauts in the team must know how to read Russians towards their safe passage to space.

Weightlessness – Post-launch, when the engines are shut off in the space and the spacecraft, is in free fall state, the astronauts can know if they have achieved weightlessness or not when a stuffed toy or animal attached to the tether of the spacecraft begins to float.

Arriving at the ISS – Finally, after a trip which could last between few hours to two days, the crew reaches the ISS. Now, it’s time to safety briefing after which, the crew can make calls to their families and friends about their safe journey. These are few traditions followed by Russian space agency during every spaceflight.

New Horizons probe will soon whiz past Ultima Thule, the farthest object visited by the humanity
NASA will reveal latest findings made by Curiosity rover at the press conference on Thursday