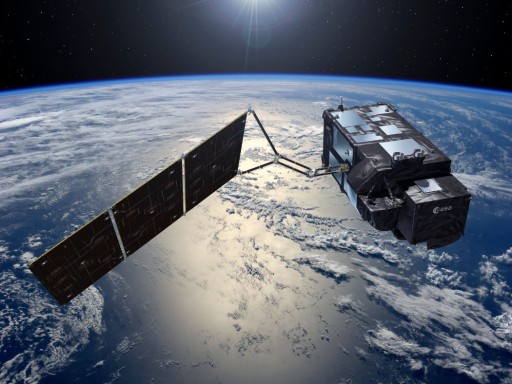 The seventh European Union (UN) Sentinel satellite was recently launched into the orbit with the help of a converted intercontinental ballistic missile aboard Russian Rokot launcher that injected the Sentinel-3b satellite into a similar orbit to the previously sent Sentinel-3a which was launched two years ago. The new Sentinel-3b spacecraft is a part of EU Copernicus programme being seventh in the series. It is a multipurpose Earth observation spacecraft which will primarily concentrate on collecting data over the oceans, its health, changes, and behavior, etc.

The Sentinel-3b satellite that lift off from Russia’s Plesetsk Cosmodrome has been stationed in the same orbit as of Sentinel-3a where both the spacecraft will collectively work on collecting data points for a varied number of parameters and factors ranging from monitoring the wildfires across the globe, measuring the thickness of the Arctic Sea ice as well as forecast hurricanes, storms and detect marine pollutions, etc.

European Space Agency (ESA) is responsible for conducting all the operations related to the Sentinels. ESA is the technical agency of the European Union for the Copernicus programme, however, it has tweaked the plan of action this time when it took the help of Russian Rokot launcher to inject the Sentinel-3b satellite just in front of the previously sent 3a satellite in order for both of the satellites to work in collaboration. The new 3b flies 210km in front of 3a which is a difference of 30 seconds in time so that both the satellites obtain the data for the same ground track. The new plan will help the ESA to acquired data from both the satellites that will fill the gap that was created by only one satellite i.e. 3a collecting the data in a day.

ESA plans to follow the plan for a period of 4.5 months after which, the new Sentinel-3b will be drifted to 140° orbit which will put it 50 minutes apart from 3a. The two satellites in perfectly cross-calibrated orbit will produce interleaved observations of the planet thereby filling the gap created by 3a. As per the manifest of the Sentinel-3b, the series of satellites is being developed by Thales Alenia Space in France along with a quality contribution from 100 and more companies located across Europe which also includes the UK

UK’s contribution in the programme is based on testing the Sea and Land Surface Temperature Radiometers (SLSTR), however, there are uncertainties regarding its involvement in the future citing Brexit which will be formal in the 2020s. One of the programmes in questions is the Galileo satellite-navigation system which is unlikely, however, it has been said that Copernicus programme will not comply with the fate of Galileo’s. It has been noted that Britain was awarded the ESA’s feasibility studies, as well as the former, has expressed its desires to stay in the EU’s Earth observation programme.

According to the Science Minister Sam Gyimah, the UK space center is booming with success stories which have attracted contracts which is a clear indication of the British role in research, innovation, and industry to the Copernicus programme. Talking about the Copernicus programme, it aims at producing Earth-monitoring data from the space and ground. It has a number of spacecraft that will allow EU to collect data of which, some already been launched and some are awaiting their launch window. The data obtained by Copernicus is available to general public, policymakers, scientists, and others. It will be invaluable in studying the effects of climate change, help the first responders towards potential or ongoing fires, floods, earthquakes, etc.

As of now, there are 6 Sentinel satellites backed by the European Union excluding the seventh one (Sentinel-3b) which is yet to be operational. The Sentinel-1 studies the Earth’s surface in all weather using its radar system. The Sentinel-2 and Sentinel-3 are responsible for studying principally land changes and ocean properties and behavior respectively. Sentinel-4 is determined to measure atmospheric gases with its high-orbiting sensors while the Sentinel-5 is responsible for gauge air quality with its low-orbiting sensors. Sentinel-6 will gather information based on sea-surface height. Together, all the Sentinel series satellites will provide huge data from all across the planet in varying categories.

ESA’s Gaia spacecraft gathers stunning map of our galaxy encompassing 1.3 billion stars
CubeSats are the next big thing in the space industry