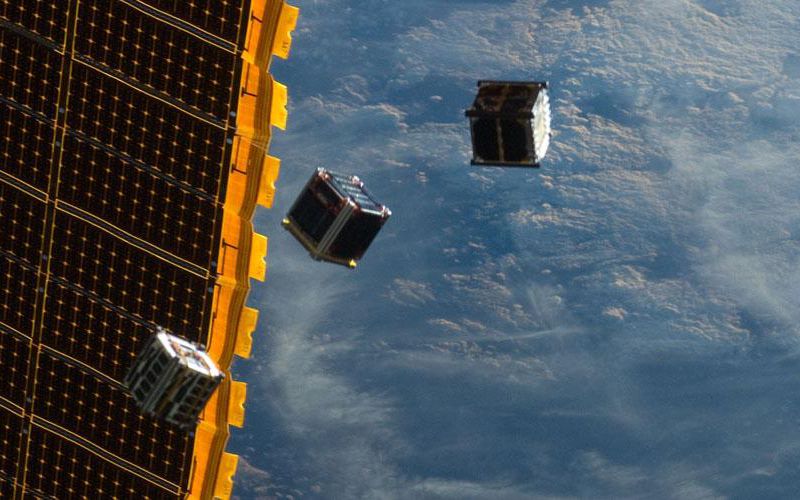 NASA has made some greater achievements and discoveries over the years, however, with the end of its Space Shuttle program back in 2011, there is no way NASA could put an astronaut in space or to the ISS without the help of Russia’s Roscosmos. Although NASA maintains a number of launches that take place every year to either launch satellites, probes, or even space telescopes, the private space industry in the country is vastly booming and have been filling the gaps for NASA as well. SpaceX is a popular example which currently has the biggest operational rocket in the world i.e. Falcon Heavy which recently successfully conducted a dual booster landing. This is nanosatellites have started gaining popularity with tens of satellites deployed in the space and literally thousands are planned for the future.

Satellites are getting sophisticated and advanced over the years. On the other hand, many space companies are attempting to lower the size of the satellites into a tiny box the size of a loaf of bread called a CubeSat. These artificial satellites are designed keeping the most important aspect of launching satellites in mind, size, and mass. Started back in 1999 by Stanford University and California Polytechnic State University which started the project in collaboration to design small picosatellites with a volume of 61 cubic inches which is around 2.9 lbs or 1.33 kilograms.

CubeSats are built in various sizes ranging from 1U which is a 4-inch cube to 1.5U, 2U, 3U, and 3+U with railings on its four sides that facilitate these satellites in a smooth trajectory after being ejected from specialized Poly Picosatellite Orbital Deployer (P-POD). There are some great examples of CubeSats such as Lunar Flashlight which tends to light off the hidden and non-illuminate part of shadowed bottoms of lunar craters to help analyze it. Then, there is NEA Scout which has a 926-square-foot solar sail that helps it cruise towards the asteroid 1991VG marking the beginning for cost-effect methods of deep space reconnaissance.

According to Mike Safyan of Planet, the company which has deployed Dove Constellation that captures images of the planet using 200 CubeSats deployed in the orbit with a resolution of 3 to 5 meters per pixel. This allows the company to take crisp and detailed images with the 200 CubeSats participating in the project as a single entity. The captured data can be used by scientists to capture climate change and its effects on glaciers and other features. It can also help farmers to monitor the growth of crops as well. As of now, the free service is being used by first responders in order to evacuate regions hit by natural disasters like the Hurricane Maria in Argentina or floods, storms, and other calamities elsewhere.

SpaceX which started back in 2002 has successfully established itself as a private space company with maximum successful launches. It has recently proposed its plan to cover the low earth orbit and very low earth orbit with a constellation of 4,425 satellites and 7,518 satellites which will allow seamless and reliable satellite internet connection to the users around the world. As of now, the satellite internet is unreliable but with the use of CubeSats and a constellation of more than 12,000+ satellites spread across the planet, the internet service would be far more reliable. This will also allow the users to enjoy high-speed internet access within affordable price range which for now is out of the question.

According to the SpaceX’ proposal, the satellites will be situated close to the Earth and each other in order to provide internet collection with higher bandwidth and low latency. Although the same function can be achieved with bigger satellites, it will be required to be launched into the geostationary orbit which is at 36,000 km above the surface of the Earth and as said earlier, the expense of launching something into the space depends upon its size and mass where each kilogram can yank up the price tag making the launch more expensive.

EU launches the seventh Sentinel satellite in the space
WASP-104b, the darkest planet detected with absorption of more than 99% of light