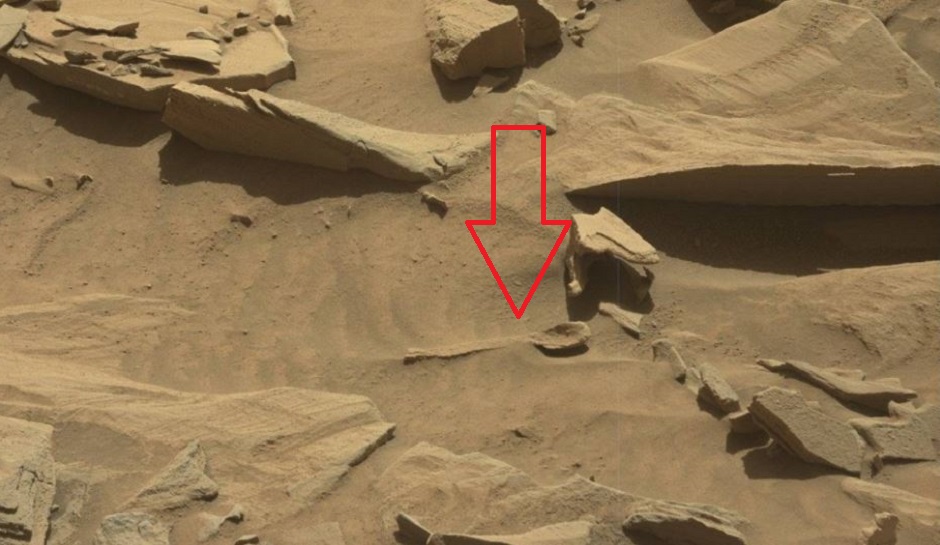 The question “Do Aliens Exist” has adjoined with a new question which reads “Do Aliens Consume Food”. Well, such a hilarious addition to a serious one is not a part of any jokes, as the UFO Hunters have detected a giant spoon on the Martian Surface. A group of Alien hunters called ‘YouTuber UFO Hunter’ has spotted a large spoon while experimenting and analyzing the image beamed back the Mars Rover of NASA – Curiosity. The rover, which is examining the Martian surface with the hope to find extraterrestrial lives, water, and life, has transmitted some recent images of the Red Planet, which is now believed to be a key to explore the hidden secrets of alien life. The stunning discovery of the spoon of Mars was made by the Alien seekers of YouTuber UFO Hunter.

It is no doubt, a discovery, which is confirming the existence of Aliens in Mars. In addition, the finding of Spoon is a strong indication that the extraterrestrial lives of the Red Planet are intelligent as they know how to use the spoon to consume food. The discovery is likely to hold many essential keys to the secrets of Aliens. Previously, where the existence of aliens was a matter of doubt, now the new detection of the spoon has raised the assurance about the food consumption capability of the extraterrestrial species on Mars.

The YouTuber UFO Hunter who has discovered the presence of the giant spoon on Mars also has made a video clip in they represented some overblown images describing the existence of the huge soon clearly on the Martian Surface. The enormous mass of the spoon is a clear indication that, the aliens living on the Red Planet are or were huge in size.

On this matter, Scott C Waring, the daily editor of the UFO sighting said, “The latest discovery of spoon is the second spoon found on the Martian Surface. Earlier, we already had found a similar looking spoon on the neighbor planet. Surprisingly, the new one is a complete replica of the earlier spoon including the dimension, thickness, length, width, and design.”

Planet Skywatching Guide 2017: Where and How to Get Dazzling Glimpses Of Planets
See Pic: NASA’s Curiosity Rover Discovers Purple-Colored Rocks on Mars