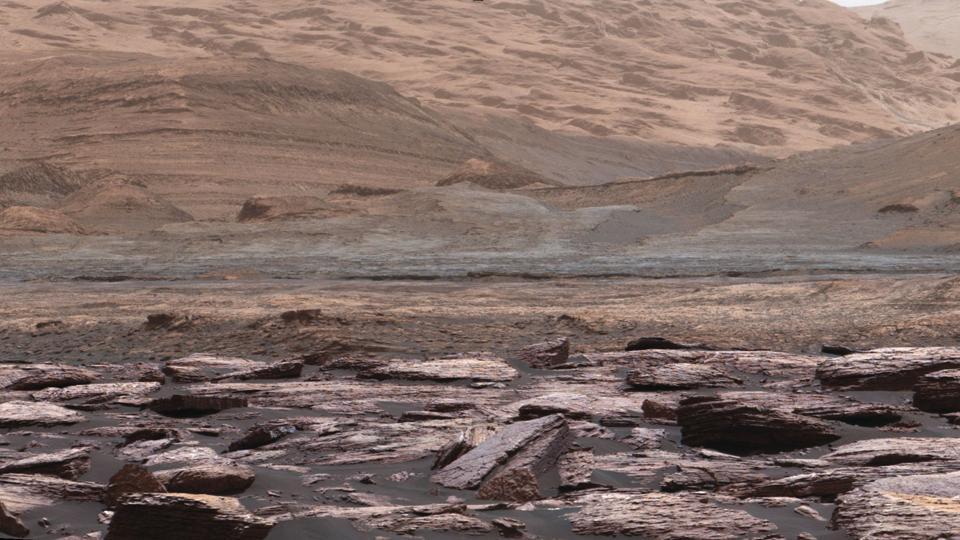 The long-established belief about the redness of Mars is now under question as NASA’s most reliable Mars Rover Curiosity has beamed back some images describing the purple colored rocks on the planet. Mars, which since centuries is called as Red Planet, has come to an end, as the spectacular pictures sent by the Curiosity Rover of NASA have demonstrated the rocky landscape, having purple-colored pitch beleaguered across the forefront of the planet. The picture was clicked close to the base of Mount Sharp, where the mountainous landscapes are found with the purple shaded ground, giving the astronomers and scientists a new hint about the unfolding mystery of the so-called Red Planet.

The pictures were clicked at Mount Sharp, which is legitimately called Aeolis Mons and is positioned in the Gale Crater on Mars. After finding the purple colored pitch near the Aeolis Mons, revealing the middle distance of the pitch having multiple higher layers, this will be the future research destination for Curiosity Rover, said NASA in an official statement.

By thoroughly analyzing the photos of the basal part of Mount Sharp taken by the Curiosity, one can easily see the Martian Surface containing multiple orange rocks, which are spread across a ridge-forming layer known as the Hematite Unit, said NASA. The pictures were clicked on 10th November by the Mars Curiosity Rover employed by NASA. In addition, the higher layers of Mount Sharp are detected comprising the most far-flung angles, across which the Curiosity rover will conduct its future operations and will detect more information about the mysterious Red Planet.

Orbiting Mars since 2011, the car-sized rover has already marked its 1,516th day on the planet after landing on 6th August 2012. The new pictures are pointing towards a miscellaneous composition of the Martian surface, hinting scientists about multiple undisclosed and mysterious facts. The onboard instrument of the Curiosity Rover, called Chemical and Mineralogy (CheMin) found the presence of the primary ore of iron called hematite.