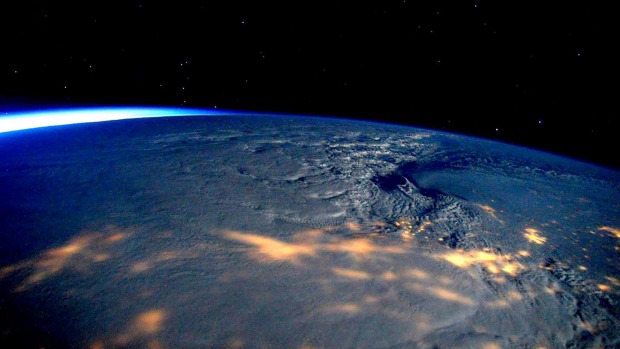 Our blue planet looks gorgeous. Satellite from all decades has captured beautiful pictures of Earth. But what surrounds our blue planet is more to a horror. Scientists have found that Earth’s orbiting is surrounded by vast junkyard which can step in the way of further progress in space science.

This cosmic junkyard is primarily considered as a dangerous pollution which poses an extreme risk for greater commercialisation of space, from the grand ambitions of Elon Musk’s SpaceX Corp. and Jeff Bezos’ Blue Origin to other players who see promising futures for an array of space activities, starting off from tourism, to imaging and pharmaceutical research. This cosmic junkyard surrounding the Earth’s orbiting can ruin the what called space commercialisation in the near future.

On talking with the NASA centre, they reported, “Knowing where stuff is the first part of the problem. Over the longer term, we need to be getting much better-tracking data, so satellite operators don’t move unnecessarily.”

This is causing some a serious threat to the space agencies. For example, LeoLabs Inc, of Menlo Park, California who started out of research center SRI International last year, has announced to the media that it has raised US$4 million (NZ$5.7m) from a group of investors, including Airbus Ventures, the San Jose, Calif.-based venture capital fund established by Airbus Group two years ago. LeoLab ‘s radar technology which is planned to be used to keep an eye on all pieces of high-speed trouble, evolved from research into earth’s ionosphere at SRI. The company has also opened a second radar-tracking facility, in Midland, Texas, joining one in central Alaska. The comoany now claims to own half a dozen of such sites. According to the LeoLabs, it has two radar centres which can track 95 per cent of the 13,000 larger objects in low-earth orbit that the US Defense Department monitors. The company has a long term plan to track almost 250,000 objects as its radar network expands.

Another similar threat lies with the European Space Agency’s famous Envisat earth-observation satellite. It is an seven-tonne, 9m long behemoth that stopped responding in April 2012. Earth’s orbitting, Envisat, is at an altitude of 720km in a place. It can definitely become a light source of significant debris. According to the current statistics, the satellite will orbit for about 150 years before it could degrade and fall off into the atmosphere.

Keeping an eye on the cosmic junkyard, there is a lot to track and find. USA has been very helpful and keen on sharing these data with other space agencies. Government is continuously pressuring the space agencies to find out new techniques to dispose satellite at the end of their life span. Researchers have also started to work on various ideas on successfully disposing the dead satellites that may not cause any futher pollution on the Earth’s orbitting.