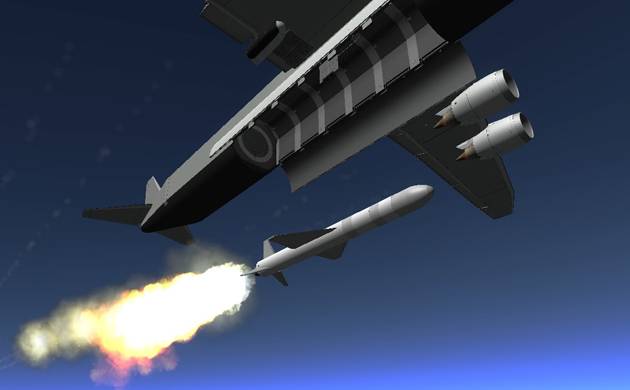 The USA was the first country to launch air-launched space mission satellite-delivery rocket in 1990. Former Orbital Sciences Corp developed a Pegasus rocket, which was launched from a refitted B-52 strategic bomber that sent two small satellite into the orbit. Now, after more than two decades, China is planning t launch its very own satellite-delivery rocket. This new generation of rockets will be launched into space through aeroplanes.

According to Li Tongyu, the head of carrier rocket development at the China Academy of Launch Vehicle Technology, “the air-launched rockets can replace dysfunctional satellites or in cases of disaster relief, quickly send up Earth observation satellites to assist in the effort.”

He also said that a model capable of sending a payload of about 100 kilogrammes into low Earth orbit has been designed by engineers at the China academy. They are indeed the main developer of Chinese carrier rockets. They are also planning to build a larger rocket that could carry 200 kg into orbit.

About the satellite-delivery rocket by China:

The execution to launch the satellite-delivery rockets was already started in July 2016 in China. The rocket is numbered at Y-20. It is the first ever, China’s heavy load rocket designed and developed by China Academy itself. Instead of land-based liquid launchers, these rockets will be launched through aeroplanes. According to the makers, launching the rockets through aeroplanes will make the launch faster than that would have been with land-based liquid launchers.

Each of these space missions involves a solid-fuel rocket launched by a Y-20 that would take only 12 hours of preparation to place a 200 kg satellite into a sun-synchronous orbit 700 km above Earth, Long Lehao, an academician of the Chinese Academy of Engineering, said.

Other advantages of such satellite-delivery rocket are that they are flexible in deployment and do not need ground infrastructure. These rockets also have less susceptibility to bad weather, plus the cost of launching is less.