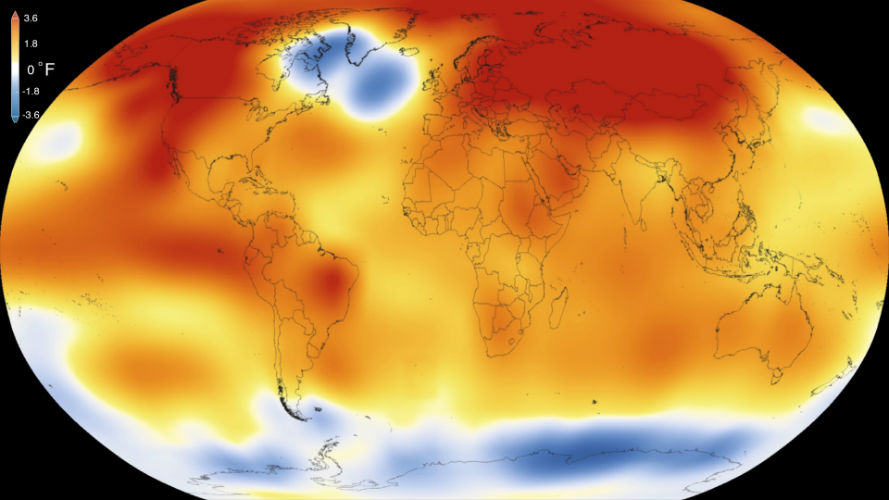 In less than two weeks, 2016 is going to set a new record of being the hottest year of the world after 120 years, a recently conducted study warned.

The abnormal changes in climatic patterns are affecting every single part of the world and ecosystem since past couple of decades. But the current year, 2016 is on a surprising move to hit the record of “Hottest Year Ever’. As per the data released by the National Oceanic and Atmospheric Administration (NOAA) on Monday, 2016 will be the warmest year due to the rising intensity of temperature over the months.

The statistics published by NOAA revealed that the intensity of temperature on the earth was going on an average basis over each month since 1880, January. But in a recent couple of months, the temperature has taken a sudden and dramatic rise which now has created possibility of 2016 to set a new record. Following the bookkeeping of 120 years, the US-based organization, National Oceanic and Atmospheric Administration (NOAA) has issued an extremely concerning data which revealed 2016 to set the record for engrossing highest temperature.

For this century, 2016 will be the first year to create such a tragic record. As shown in the data of NOAA, 2016 will be the third record-setting year in previous 120 years and of the 17 hottest years ever, only 2016 belongs to this century. It is no doubt giving a clear indication of the emission or greenhouse gasses and manmade crisis is triggering the rise in global temperatures. Recently, 197 nations have sanctioned the Paris climate Protocol and agreed cap the global temperature below than 2°C (3.6°F) by 2100. But as there are some more months to the protocol to come into power, the situation is expected to go harsher, warned the scientists.

If you observe the average temperature level of 2016, the rising level of hotness in each month will easily be noticed. Last week, NASA also had released a statistics, according to which, November 2015, this year’s November hit the second-hottest month of the century. With an average temperature of 1.71°F (0.95°C) above the 1951-1980 average, November 2016 was recorded as the second warmest month.

Momentous usper volcano in Naples is swirling as 500,000 are under threat
Underwater Robot Spot a Multicolored World under Antarctica’s Sea Ice