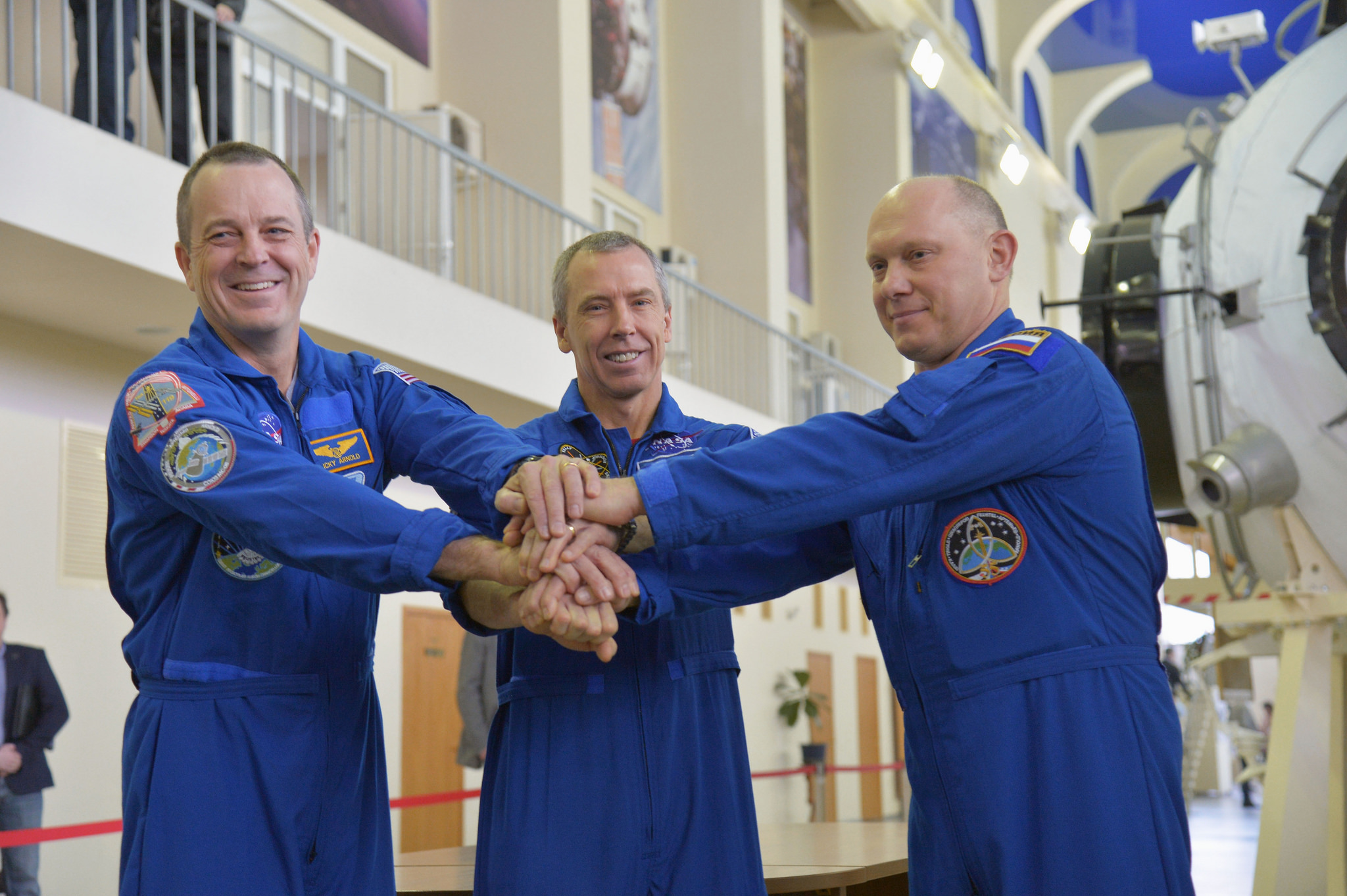 At Early Sunday on June 03, three astronauts who have spent almost five and a half month on the International Space Station (ISS) will finally head towards the Earth. The boarding procedure will start at 1:30 a.m. EDT (0530GMT) on the Soyuz spacecraft. Russian cosmonaut Anton Shkaplerov, JAXA’s Norishige Kanai, and NASA’s astronaut Scott Tingle will bid goodbye to the flying lab at 1:30 a.m. EDT and board the Russian Soyuz capsule on their way to the home.

According to the scheduled itinerary, if all goes well as per the plan, the hatches between ISS and the Soyuz will close at 1:55 a.m. EDT and the Soyuz will start its undocking procedure at 5:16 a.m. EDT towards its 3.5 hours long journey to the surface of the Earth. Soyuz will drift away from the ISS for few hours and then, it will perform a deorbit burn at 7:47 a.m. EDT and plunge into the Earth’s atmosphere. This is the point when the Soyuz capsule will drop creating a luminous fiery entry into the Earth’s atmosphere.

Well above the ground, three parachutes will open to slow down the speed of the capsule and finally, the Soyuz landing capsule is expected to touch down at Kazakhstan precisely at 8:40 a.m. EDT. This will mark the end of ISS’ Expedition 55 mission where Tingle, Kani, and Shkaplerov were part of and spent about 168-days featuring 2,688 laps around the Earth covering more than 71.2 million miles. On June 01, Anton Shkaplerov handed over the control of the ISS to Drew Feustel during a ceremony on the space station. Feustel is accompanied by two other astronauts namely NASA’ Ricky Arnold and Russian cosmonaut Oleg Artemyev.

But these astronauts will not have to wait for too long to receive company as three other astronauts will board the Russian Soyuz rocket for a launch planned for early Wednesday on June 06 from the Baikonur Cosmodrome in Kazakhstan. Russian cosmonaut Sergey Prokopyev, ESA’ Alexander Gerst and NASA’ Serena Auron-Chancellor will board the Soyuz rocket and are expected to reach ISS on Friday morning on June 08. NASA astronaut Jeanette Epps was scheduled to board the new ISS expedition, however, NASA pulled her off the mission in January and no clear statement has been provided.