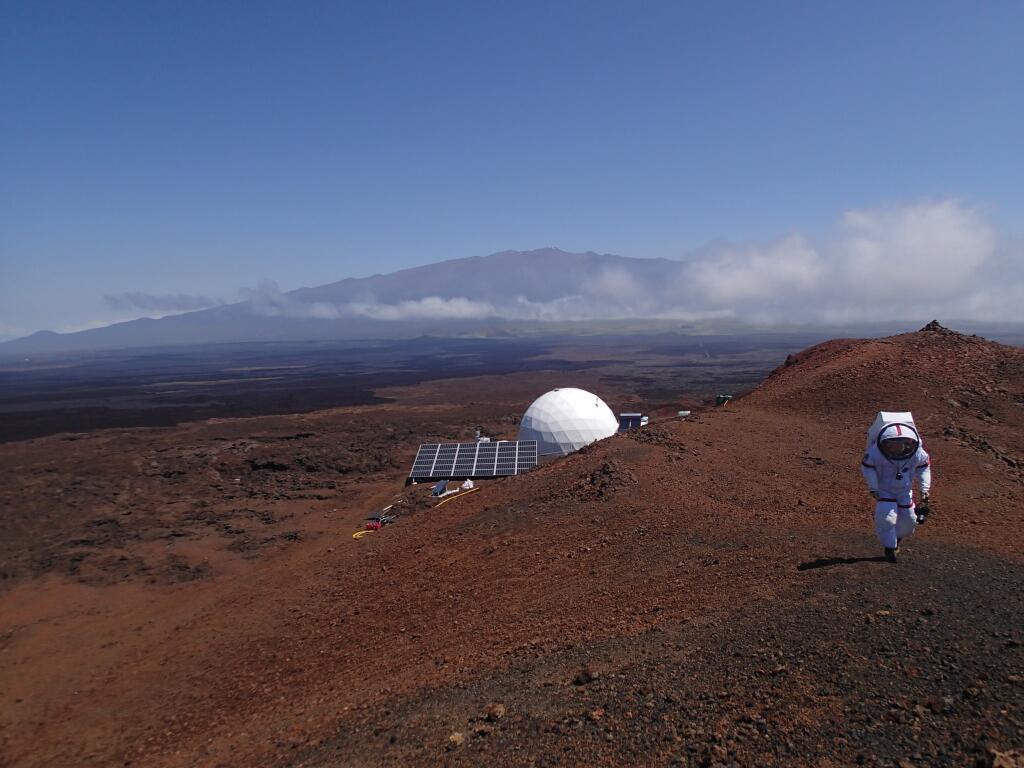 NASA is aggressively moving towards its first Manned Mars mission, slated for 2030. However, before entering into the harsh and thin atmosphere of the Red Planet, the US-based space agency has appointed a group of six astronaut-like members for practicing life on Mars, in an isolated zone of Hawaii. Under the mission called ‘Hawaii Space Exploration Analog and Simulation (HI-SEAS)’, NASA has assigned six astronaut-like scientists who will practice simulated Mars living in Hawaii for next eight months, starting from 19th of this month.

The HI-SEAS mission of NASA is programmed for eight months, during which six NASA-funded researchers will live in Mauna Loa volcano, located on the Big Island. Started on 19th January 2017, the HI-SEAS mission will go on for 240 days, during which the astronomers will experience and practice the estimated lifestyle on Mars. The astronauts have already entered into the dome and currently staying in the 1,200-square-foot spread research facility, at Hawaii.

The replicated stay on Mars, projected in Hawaii involves the simulated experiments, which are proposed for the upcoming mars mission. All through the mission period, the researchers will study human behavior and psychological toll during a similar real-life-like journey. It will also help them to gain insight into the psychological attitude of the human being inside the restricted walls. The research facility is designed with whitish walls, one bathroom, and small sleeping quarters, alongside some equipment and tools for experimenting.

With the mission commenced, NASA has released a video, describing the starting of the journey. The video starts with the six astronauts, wearing the same red color polo t-shirts, entering the facility. Packed with an auditorium with only one bathroom, the six scientists will have to spend complete eight months, eating freeze-dried foods and diminutive sleeping quarters for rest.

The project will help researchers understanding the psychological complexities that a human could face while living in the secluded and restricted zone for a longer period. In addition to this, the researchers will also practice simulated living on the Red Planet and will collect Mars-like rock samples. The protocols of the mission will assist the researchers to make out, gather, and defend mock-ups that could host life of Mars.