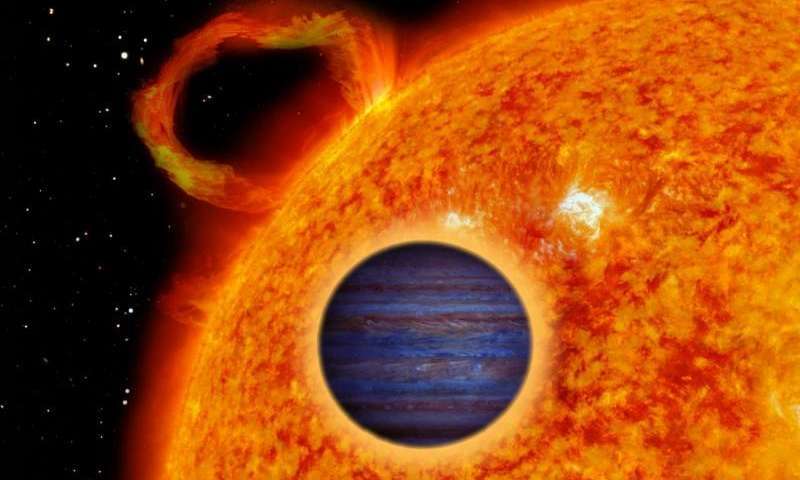 Scientists at Indian Space Research Organisation (ISRO) have made an epic discovery with a planet the size of six Earths and with a mass of 27 times than the mass of the Earth located at around 600 light-years away from our planet in a recently discovered. Scientists at ISRO have summoned the latest exoplanet as EPIC 211945201b or K2-236 at its Physical Research Laboratory (PRL) based in Ahmedabad. India is one of the few countries with the capability to peep into the deep space and with the latest discovery, it has proven in mantle yet again but the question is, what is so special about EPIC?

PRL’ Advanced Radial-Velocity Abu-Sky Search (PARAS) which is the first telescope in India that captured light in infrared and other wavelengths in the electromagnetic spectrum. Researchers stumbled upon the data acquired by NASA’ K2 space telescope when it caught certain anomaly with the brightness of a potential exoplanet or any other astronomical object. The researchers dedicated more than a year in order to discover the new exoplanet as well as ascertain its mass and other important details using its PARAS telescope which is located in Gurushikhar Observatory in Mount Abu, Rajasthan.

They found out that EPIC 211945201b is an exoplanet as it revolves around a host or central star similar to the Earth. They estimated that its size is bigger than Neptune but smaller than Saturn and thus, it’s a sub-Saturn exoplanet. Later, they found out that it completes a revolution around its host star in 19.5 (Earth) days which technically means that it completes an Earth year in just 19.5 Earth days. Moving further, researchers used the data analyzed by PARAS telescope which is designed to capture light in every wavelength thus providing colossal data sets to study.

The researchers found out that its surface temperature soars at around 600° Celsius and it is located more than seven times closer to its host star than the Earth is to the Sun. Further, researchers analyzed that heavy elements like irons, ice, and others account for about 60-70% of the total mass of the planet which is around 27 times the mass of the Earth. It is presently one of the 22 recently discovered and confirmed exoplanets, however, it belongs to one of the billion other planets which aren’t habitable to the humans. The study was published in the journal The Astronomical.

‘Lost’ tapes from Apollo missions reveal astronauts might have caused hike in temperature on the lunar surface
NASA’s Mars Opportunity rover hits another giant dust storm; It may not be able to communicate for a while