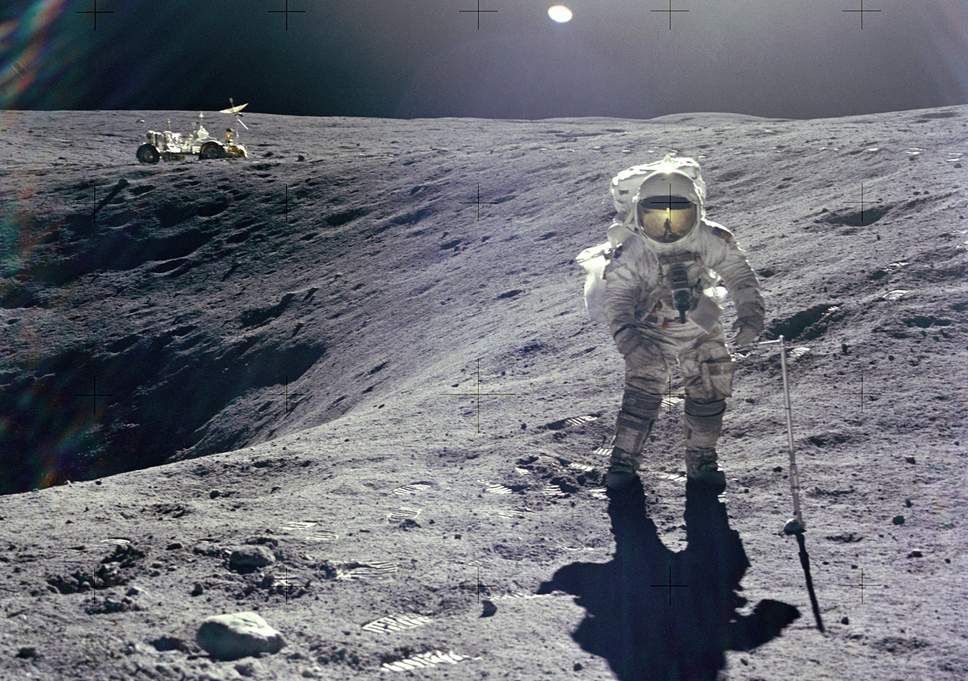 NASA launched several Apollo missions in the early 1970s in which, twelve astronauts were able to step on the moon; Neil Armstrong made a history after being the first person to step on the moon. However, a recent study suggests that these astronauts might have contributed towards the increasing lunar temperature which shot to more than 2° Celcius or 4° Fahrenheit right after the first astronauts planted the flags of the United States.

According to Seiichi Nagihara, a planetary scientist at the Texas Tech University, the answer could be buried in the temperature readings recorded by the astronauts during the period of 1971 and 1977. But the problem is, NASA lost the magnetic tapes and all the records consisting of data as a result of an archival blunder which has sparked a number of controversies including the theory that NASA never went to the moon.

Seiichi Nagihara and his team of researchers set out on an 8-year long search in order to trace and analyze the missing tapes. They were able to find around 400+ magnetic reels which were restored and then studied, the research paper was published in the Journal of Geophysical Research: Planets on April 25. Seiichi made a logical hypothesis christening the twelve astronauts who were able to land on the lunar surface during the Apollo missions as ‘dusty dozen’.

Researchers elaborated their findings according to which, during the missions when astronauts wander around or used rovers on the lunar surface to conduct scientific experiments and other tasks, they eventually kicked a considerable amount of dust thereby revealing the inner layer of dust or regolith which hasn’t seen light for ages. Also, the inner layer of soil is expected to be more heat-absorbing which explains how a spike of 3.6° F was recorded in just 6 years of the Apollo missions as the soil kept absorbing solar radiation which helped in raising the temperature of the lunar surface.

During Apollo 15 and 17 missions that were launched in 1971 and 1972, the first temperature probes were installed to record temperature after which, the data was relayed to the NASA Johnson Space Center in Houston which the National Space Science Data Center kept records of the first three years of the mission. Walter Kiefer, a senior staff scientist at the Lunar and Planetary Institute based in Houston who is the co-author of the study stated that he, Nagihara and his team embarked on an 8-years long journey to trace the missing tapes.

The researchers were able to find 440 magnetic tapes at the Washington National Records Center in Suitland, Maryland; however, the huge dump of data recorded in these tapes collectively represents data of just three months as taken in 1975. The team restored the tapes and added the data available with the performance logs at the Lunar and Planetary Institute in order to fill in the gaps in the missing tapes and found out an interest fact about the rising temperature on the moon.

Researchers found out that the probes that were planted on the lunar surface displayed a rise in temperature at a faster pace compared to the probes dug deep into the surface to record temperature deep below the lunar surface. It means that the surface began to warm up and not the moon itself. They further studied photos captured by Lunar Reconnaissance Orbiter which showed the region was Apollo descent modules landed and how the region wherever astronauts walked or drove in their rovers had turned dark. The temperature probes installed at various places on the moon are also suspected to cause the significant change in temperature.

Now that researchers know how shifting the dust on the lunar surface could spike up the temperature, hopefully, they will use the study in order to design next generation of instruments in order to collect similar data.