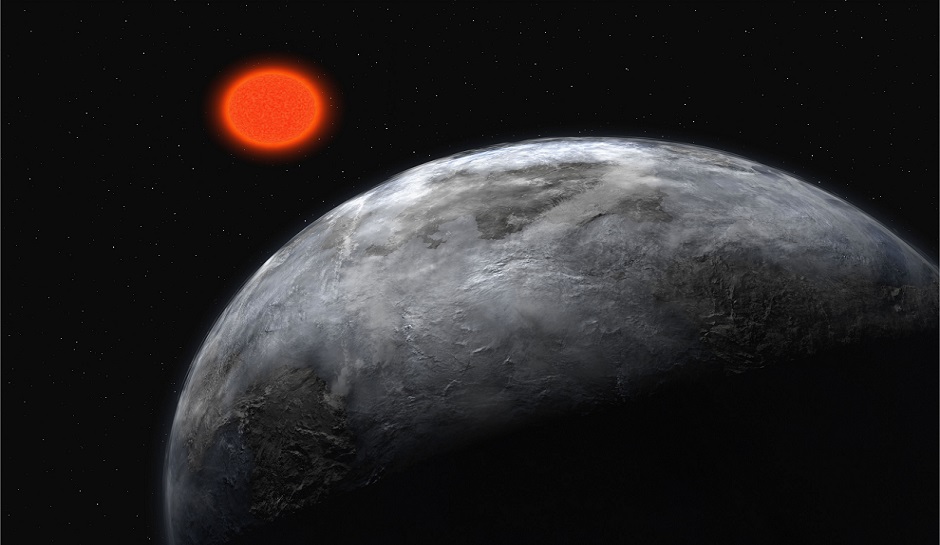 In a breakthrough to search potential inhabitable real estate beyond the edge of the earth, Scientists are focusing on a nearby star, called Wolf 1061; located 14 light-years from Earth. In an attempt to find whether one of its three exoplanets could harbor alien life or not, a team of scientists at San Francisco State University has started monitoring and experimenting on the nearby star – Wolf 1061.

“Wolf 1061” was first discovered in 1919 by German astronomer Max Wolf. Wolf 1061 is also cataloged as HIP 80824 and V2306 Ophiuchi. It is listed under an M-class red dwarf star, positioned in the constellation Ophiuchus, nearly 13.8 light-years away from the earth. Due to its exceptional and comparatively high apt motion of 1.2 seconds of arc per year and its closest positioning to the sun, the star soon caught the eyeballs of the researchers.  With a lengthy rotation interlude of over 100 days, the star is quite difficult to be measured accurately.

Back in December 2015, a team of scientists from the University of New South Wales detected the presence of three exoplanets orbiting Wolf 1061, having short livable periods. This motivated Kane and his team to scrutinize the planets more, for finding if its short habitable zone could sustain liquid water and alien life or not.

However, among three exoplanets of the star system of Wolf 1061, Wolf 1061c was quite remarkable. When, the lead author of the study San Francisco State University astronomer Stephen Kane and his team stumbled upon its positioning within the inhabitable zone, the province of the planetary system where the climatic conditions support the formation of liquid water.

As expected by Kane, if there in any sign of alien life, then it must reside within this inhabitable zone and hence monitoring the exoplanets can lead towards the discovery of extraterrestrial life easily. However, he also expects that, if there is any life on the planet; then it must be residing under antagonistic conditions, just like Venus.

In their findings, the research team also suggested that, unlike Earth where the changes in climatic patterns take place because of slight changes in its orbit, Wolf 1061c’s course alters quite rapidly which might head towards the disorganized climate change.

The complete details of the findings will be published in the upcoming edition of Astrophysical Journal.