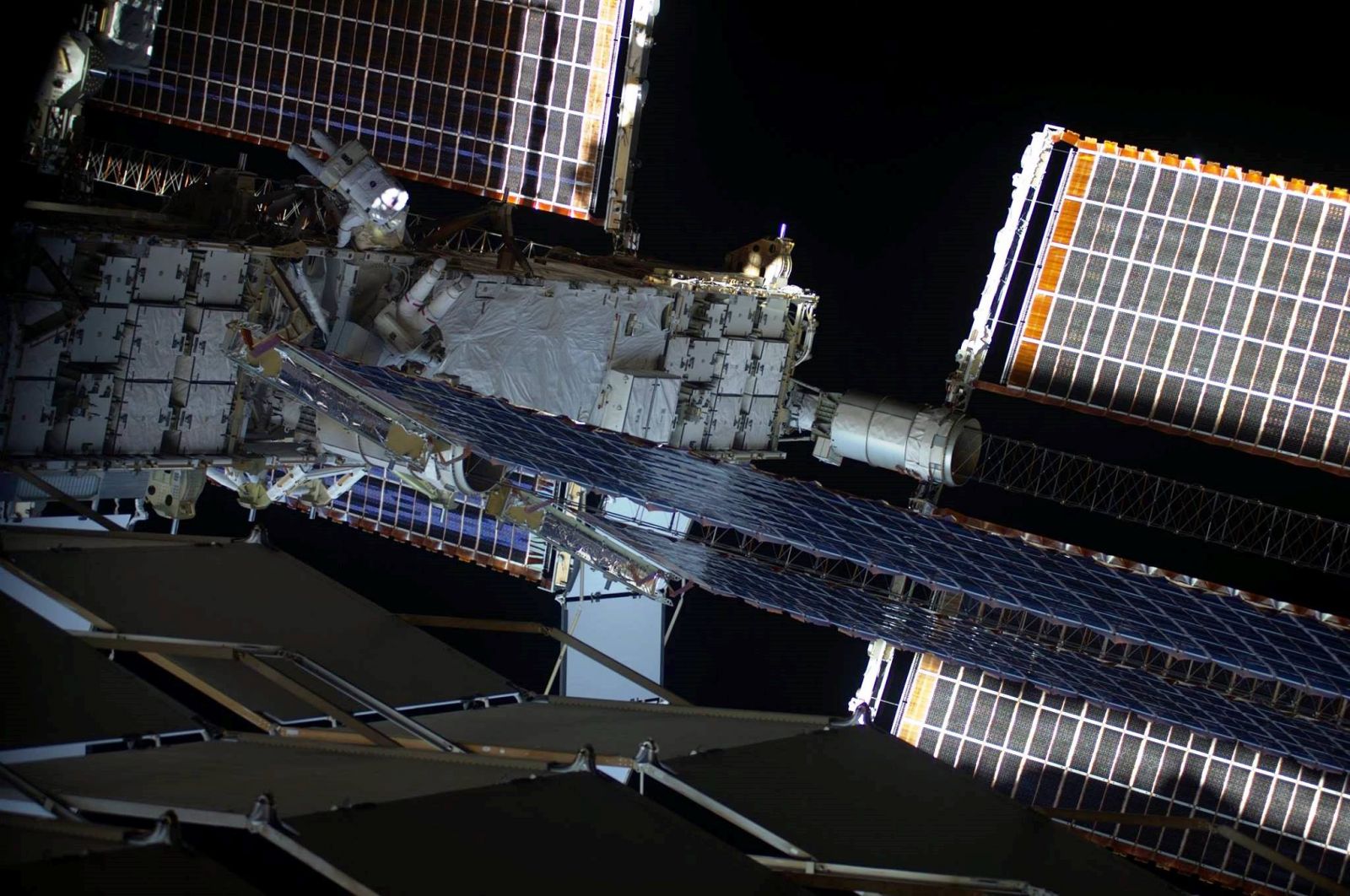 Wednesday, June 20, 2018 – marks the day when RemoveDEBRIS spacecraft was launched from the ISS en route to its mission to understand and study the increasing debris orbiting the Earth. Cosmonaut Oleg Artemyev was able to capture the Star-Trek’s borg-shaped spacecraft orbiting the Earth after it was deployed from the ISS. RemoveDEBRIS, produced by NanoRacks, is the largest satellite ever deployed by the International Space Station.

RemoveDEBRIS was launched back on April 2 onboard SpaceX Falcon 9 rocket from the Cape Canaveral Air Force Station LC40 in Florida on the CRS-14 Dragon mission to the ISS after which, it remained at the ISS for few weeks until further inspections and testing could be done before deploying it. The satellite uses Microsatellite Deployer from Kaber in order to deploy the satellite from the ISS.

RemoveDEBRIS will study the amount of junk orbiting our planet and it will demonstrate how debris removal technologies can make a difference in managing space debris in the future. According to NASA, there are more than half a million pieces of debris currently orbiting our planet and the situation could be worse in the future. The huge team of researchers from different institutions and organizations came together to create this single large CubeSat which includes Airbus, Surrey Satellite Technology, Ariane Group, Stellenbosch University, CSEM, Inria, and partly funded by the European Union Seventh Framework Programme.

Talking about the spacecraft, it has four major experiments to complete while it is in space starting with deploying two CubeSats from its primary satellite that will serve as targets. The satellite has been designed to capture these targets using its net and harpoon. Its Light Detection and Ranging system and various cameras affixed on the satellite will help the scientists observe the satellite in action. Its fourth and final experiment will be of deploying a sail which is built-in, the sail will increase drag and thus, allow the satellite’s orbit to delay and eventually burn up while entering the Earth’s atmosphere.

JAXA Hayabusa 2 missions is just 100 km away from the object Ryugu
Dust storms encircles the whole planet; Curiosity is safe but Opportunity rover has been turned off