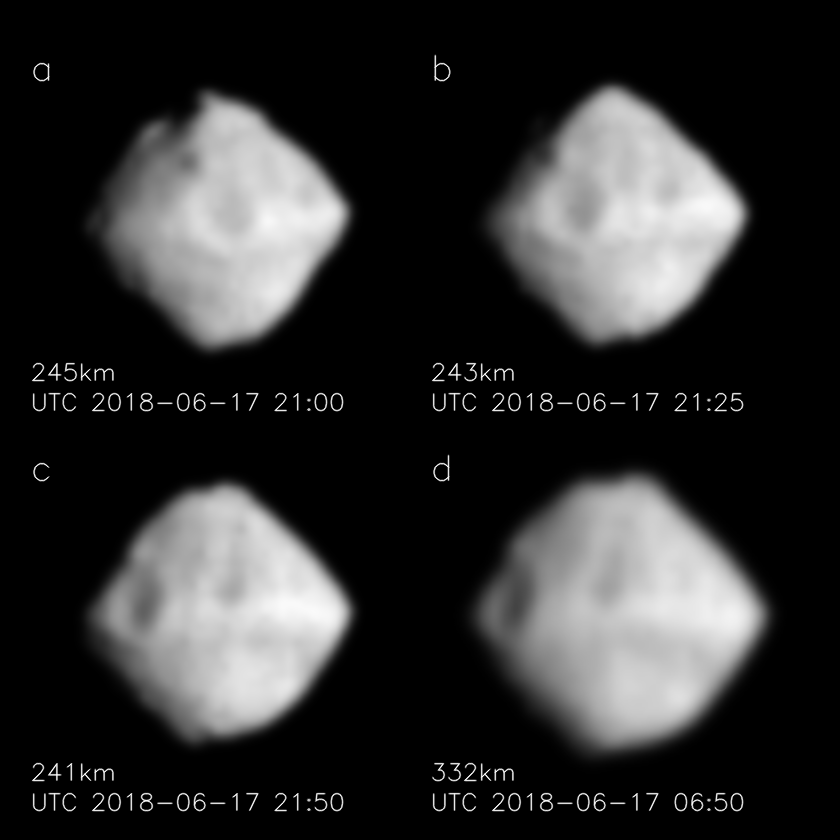 The Japanese Space Agency (JAXA) recently took a step forward in its Hayabusa 2 mission which has been orbiting in the space towards its destination i.e. a dark rock called Ryugu. Ater traveling for more than three years, it reached about 100 kilometers away from its target which is a 900 meters wide asteroid which follows an elliptical orbit around the sun. As it revolves around the sun in an orbit outside the Mars and just inside the Earth i.e. elliptical, the object has been classified as a near-Earth object, however, it won’t pose a threat at least for centuries to come.

This particular object intrigued and attracted researchers at JAXA due to its rich carbon content and relatively unchanged environment for billions of years. JAXA launched the Hayabusa 2 mission three years ago. It reached at a distance of 330 km to 240 km from June 17 to June 18, 2018, while capturing photos of its rotation, orientation, and shape which is intriguing in itself. On Wednesday, June 20, 2018, the satellite was just 100 kilometers away from the object.

As per the details available, Ryugu rotates around its own axis once every 7.5 hours in backward direction which is in opposite direction compared to Earth and any other planets and objects. Scientists suspect that it could be a result of impacts from one or more asteroids that turned its orientation to an opposite direction while there is a possibility that Ryugu itself slammed into a larger object causing the change in its orientation, the craters on the object can be easily seen.

According to Jason Davis, The Planetary Society, the object has a weak gravity because of which, it was unsuccessful to form a sphere which is a common phenomenon for planets and objects with higher mass and gravity. Further, the images show that it is wider around its equator which halves the object into two hemispheres or parts. Hayabusa 2 will scale up o 20 km off the object in coming days after which, its cameras will capture images several times better than the ones it took a few days ago. 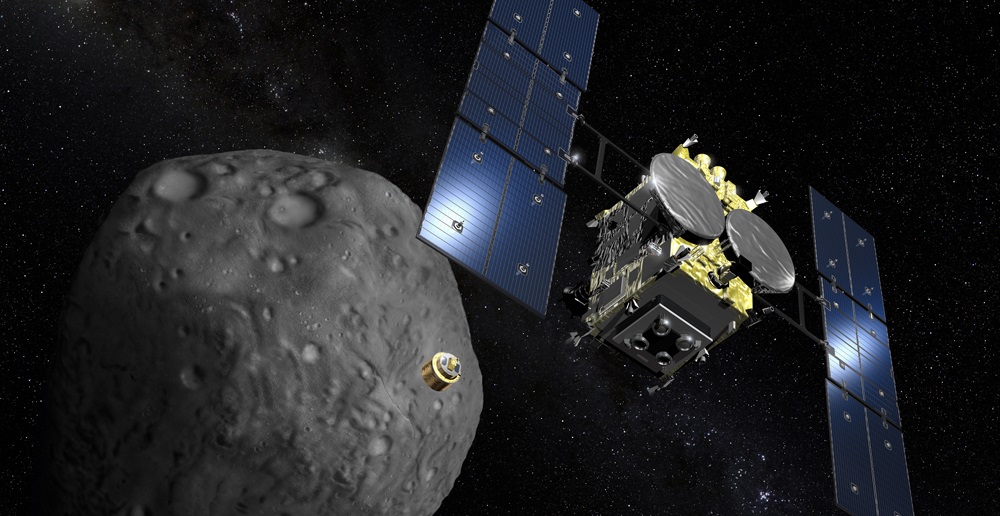 The spacecraft will deploy a lander named as MASCOT that will land on the object. The lander is a rectangular-shaped box with a mass of 10 kilograms and the size of a third of a meter. The lander will deploy two rovers called MINERVA-II in order to study the surface of the object. But before the lander could land, it will shot an impactor made up of a 2.5-kilogram piece of copper that will dig up a crater several meters deep that will allow the lander to land as well as expose the underneath surface of the object. Researchers resorted to using copper since it is not found on any space objects that will help the rovers to differentiate between copper and other native elements.

After all the experiments are conducted, the samples from Ryugu will be stored and the spacecraft will return to the Earth in 2020 where it will deploy its return capsule containing the samples. The capsule will use the meteor-like technique to slow down its speed while entering the atmosphere after which, it will deploy parachutes and land at a specific region somewhere in Australia.

Hayabusa 2 is the successor for the 2005 mission Hayabusa which landed on the asteroid Itokawa and returned to the Earth in June 2010 with samples even after encountering several issues en route. NASA’ OSIRIS-REx is another mission launched on September 8, 2016, with the destination of Bennu which is a humongous near-Earth object. The spacecraft will reach at a distance of 1.2 million miles away from Bennu on August 17, 2018, after which, its Polycam imager will start capturing photos while the spacecraft prepares for its approach phase and will land on the asteroid on the expected date of December 3, 2018. Post surveying the rock, the spacecraft will return to the Earth in 2023 with samples.