Home » News » Space » Oumuamua is not an asteroid, researchers reclassify it as a comet

Last year, a first of its kind interstellar object was captured by Pan-STARRS1 telescope on Haleakala. This was a tricky object to classify as it didn’t have any emission or there was no dusty environment to classify it as a comet and thus, after a considerate time and spent by numerous researchers this first-of-its-kind interstellar object named as Oumuamua. It was classified as an asteroid.

According to Karen Meech who is Karen Meech who is an astronomer at the University of Hawaii’s Institute of astronomy. Asteroids are remnants of what’s left after planets and other celestial objects are formed. These chunk of remnants don’t contain any ice or other volatile material and thus called asteroid. On the other hand, comets have tails of dust or gas clouds behind it as and when it progresses towards the Sun. Now, when researchers studied Ouamuamua, it didn’t show any dust or gas tail or environment which helped scientists to classify it as an asteroid.

Ever since the interstellar object was discovered last year, researchers have been using the Hubble Space Telescope and ground-based telescopes in order to make high-precision measurement since the object is speeding away from the sun and has crossed Jupiter towards its orbit outside our solar system to disappear forever. It came as a surprise when a recent study published on this Wednesday that reclassified Oumuamua as a comet and not an asteroid.

Researchers found out that Oumuamua is actually accelerating in its orbit. They ran a number of hypotheses to study the reason behind it and found out that this object must be a comet which is ejecting gas when coming closer to the sun. The ejecta is actually helping the object to accelerate in this object. Oumuamua is a half mile long interstellar object that could be releasing a small amount of dust which escaped detection. The object is moving out of our solar system and has already started fading away. It is possible to understand the object if a space probe is launched, however, it will be expensive as well as time-consuming as it will take the probe a decent amount of time to reach and gather data which ain’t practical.

Ouamuamua is a Hawaiian word meaning ‘scout from the distant past’. The probability of encountering these interstellar objects one in 10 times annually but since they orbit at an exorbitant speed, researchers haven’t been able to study these objects. 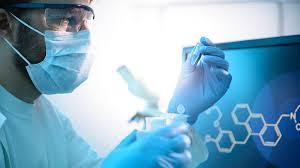