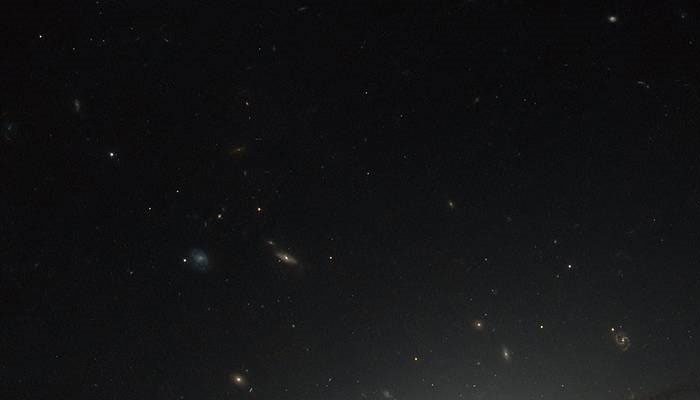 Recently, Hubble space telescope has found out some traces of a new galaxy which is only 400 million light-years away from Earth. Scientists named this massive galaxy as UGC-12591.

Hubble space telescope captured an image which reveals this fact. The telescope has already sent this image to NASA’s space centre and scientists are trying to find out more about this new findings. According to NASA, the galaxy UGC 12591 sits somewhere between a lenticular and a spiral of the space.

This massive galaxy lies somewhere in the westernmost region of the Pisces. Perseus Super cluster,  is a long chain of galaxy clusters that steadily stretches out for hundreds of light-years. Hence it is one of the largest known structures in the cosmos of the space. To this, NASA reported, “UGC 12591 itself is also extraordinary; it is incredibly massive”

This massive galaxy and its halo together contain several hundred billion times of the mass of the Sun, approxiametly four times the mass of the Milky Way. Hence, you can well understand the massiveness of this new galaxy.

According to the findings by Hubble space telescope, this massive new galaxy whirls very fast. It rotates around 1.8 million kilometres per hour which is more than any other galaxy discovered so far.

While facing the media, NASA reported, ” Observations with Hubble are helping our astronomers to understand the mass of UGC 12591, and to determine whether the galaxy simply formed and grew slowly over time, or whether it might have grown unusually massive by colliding and merging with another large galaxy at some point in its past.”