Home » News » Space » Do you know how Earth and Moon appear in a composite image? Take a look yourself 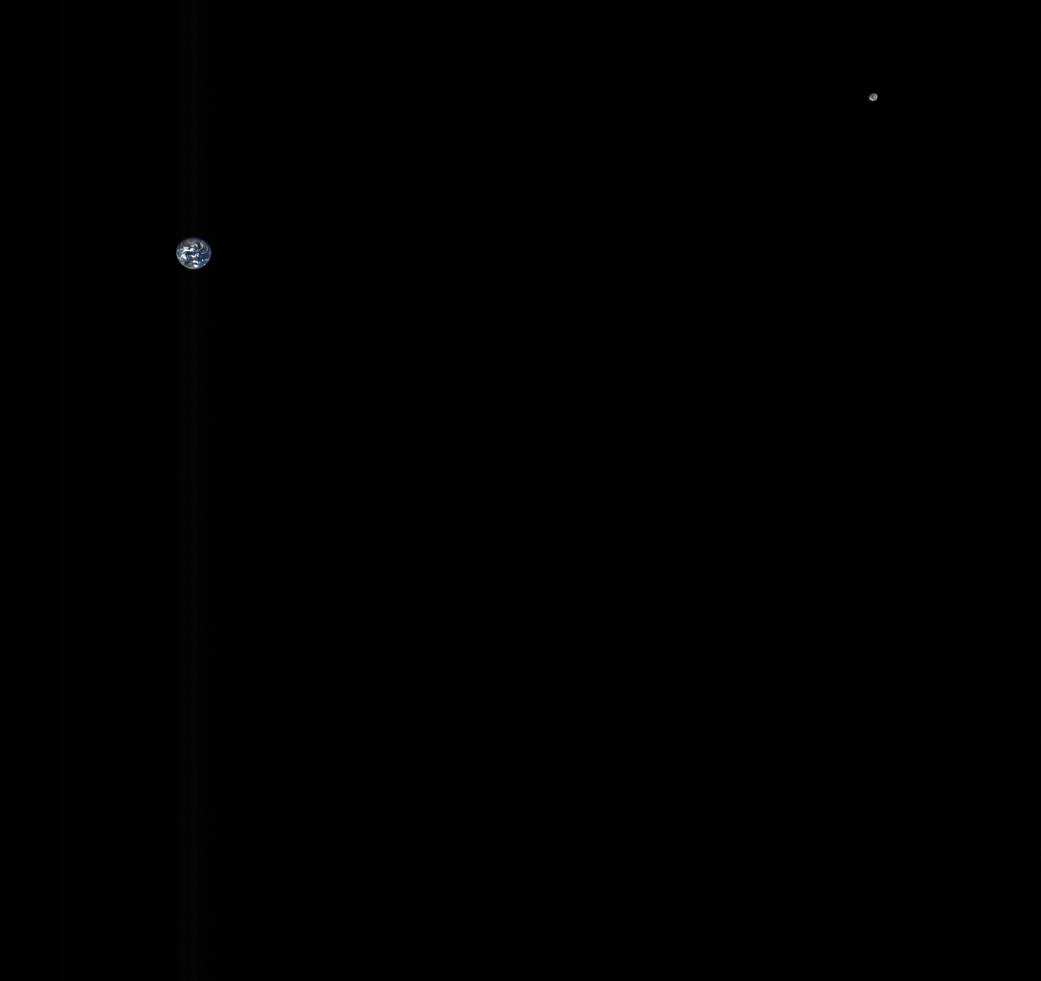 Do you know how is Moon from our Earth? Scientists at the National Aeronautics and Space Administration have released a stunning image that gives a spectacular view of Earth and Moon in a single composite image. The photo shows moon hovering around its parent planet which gives a clear idea how far both the celestial bodies are located.

The astonishing pic was shot by MapCam aboard OSIRIS-REx spacecraft on Oct 2, 2017. The probe was nearly 3 million miles away from earth while capturing the photo which is about 13 times the distance between the Earth and Moon. MapCam took three different shots of the divine scene in different color wavelengths and scientists later stitched the images together to make one composite image. NASA scientists also applied color correction and brightened moon and earth to make it more easily visible.

OSIRIS-REx spacecraft—Origins, Spectral Interpretation, Resource Identification, and Security–Regolith Explorer—is to map and return samples from asteroid Bennu, a carbon-rich hunk of rock that might contain organic materials or molecular precursors to life. It is also an asteroid that could someday make a close pass or even a collision with Earth, though not for several centuries. The OSIRIS-REx spacecraft is expected to reach its asteroid destination, Bennu, in December 2018, with approach operations starting in August.

OSIRIS-Rex is on 2-years outbound voyage to the asteroid Bennu. However, in between the trip, the spacecraft will conduct an explorative operation. According to NASA, an enigmatic type of near-Earth bodies called Earth-Trojan asteroids might be lurking in the solar system, exploration of which will solve a number of mysteries of space. The small space rocks are hiding in such locations of the solar system which are intricate to scrutinize from Earth and hence the deployment of OSIRIS-Rex will assist scientists to examine the most probable provinces of the solar system in search for Earth-Trojan asteroids.

OSIRIS-REx is a mission to figure out where we came from, as asteroids are remnants from the formation of our solar system. But while the spacecraft might tell us some things about where we have been and where we are headed, it also can remind us of where we are right now.