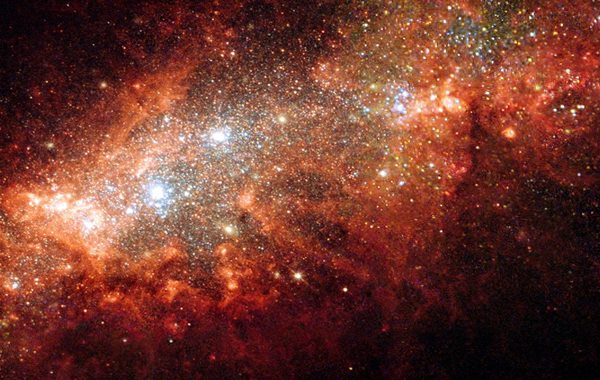 As per the report, the galaxies carry a supermassive black hole which is normally million times larger than the sun. The gravitational effects on the galaxy’s stars and the energetic radiation from an active galactic nucleus have given about its presence. It is said that active galactic nucleus gives energy which helps to stop the formation of the star. The energy comes from the AGN heat and dissipating the gas, or it cooled and turned into stars. The AGN is the central point of the galaxy, and here the radiation intensity is much more than the rest of the galaxy.

The professor of astronomy and astrophysics at UC Santa Cruz and a coauthor of the paper, Jean Brodie said that the scientists have been examining various things to make the simulations work out, but they don’t know how it happens. This is the first such evidence which has given an idea on the effect of the black hole on the star formation. The study reveals that interplay between black hole activity and star formation throughout the life of a galaxy affect the formation of stars.

Martín-Navarro, a postdoctoral researcher at UC Santa Cruz, examined the detailed spectra of light which was detected by the Hobby-Eberly Telescope Massive Galaxy Survey to find out the process of star formation in the galaxy.

By using the Spectroscopy, the astronomers first separate and measured various wavelengths of light. Martín-Navarro used computational techniques and analyzed the spectrum of each galaxy. It helps to find out the history of the star formation by combining the most suitable populations which fit the spectroscopic data. Martin-Navarro said the collected data informed how much light is coming from stellar populations at different stages of its age.

Do you know how Earth and Moon appear in a composite image? Take a look yourself
NASA’s SOFIA to examine magnetic universe and more in 2018