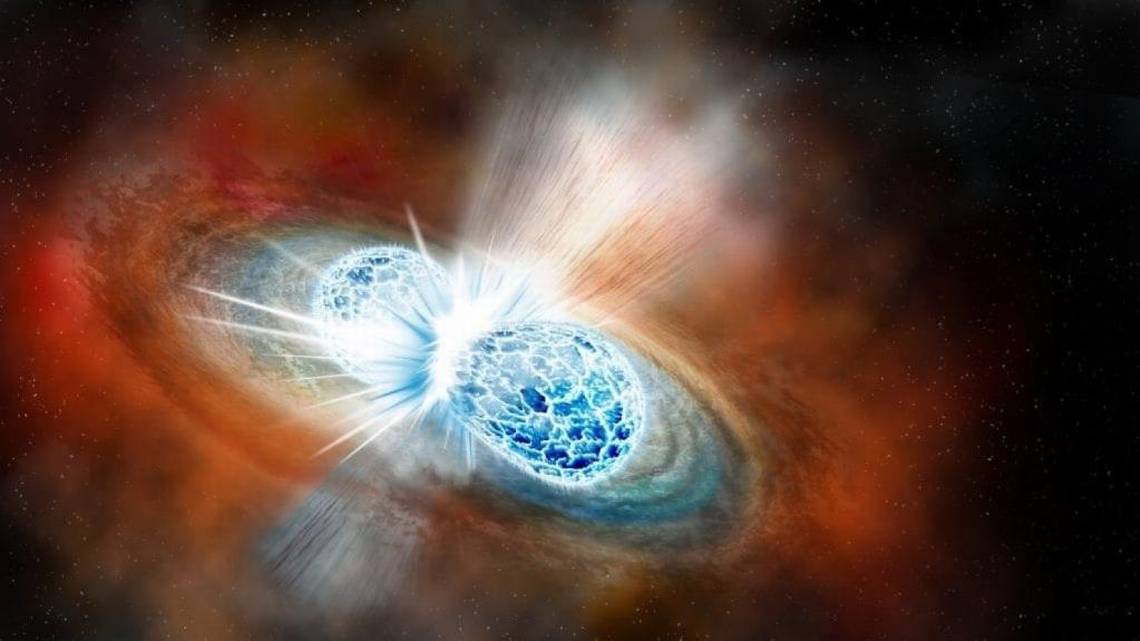 On August 17, 2017, the LIGO team got hold of the first ever gravitational waves coming out from a distant neutron star merger. It was for the first time that the scientists were able to see the ripples in the fabric of space-time as well as the light coming out from the collision of the two neutron stars. Recently, this discovery was adjudged the Breakthrough discovery of 2017 by the journal Science.

After the discovery, the science fraternity started studying and researching about the gravitational waves and have come up with many theories and claims. As, for the first time, the light of the two neutron star collision reached Earth, it was easily seen on Earth-based telescopes. These lights were in the form of electromagnetic waves or the radio waves. The researchers from California Institue of Technology, the University of Sydney, CISRO and other institutions, studied the aftermath episodes of the neutron star collision and analyzed the radio waves for months. They found out a surprising thing about the binary neutron star merger that took place almost 130 million light-years away.

According to the theories made by the scientists, there could be a link between the neutron star collision and the short gamma-ray bursts. The scientists saw a fast-moving beam-like jet in the sky could be associated with the short-ray gamma bursts. “We expected to find evidence that merging neutron stars create something we’ve never found the cause of – short gamma-ray burst,” said Associate Professor Tara Murphy at the University of Sydney and the ARC Centre of Excellence for All-sky Astrophysics.

Normally, these flashing high-speed beam-like jet are expected to weaken with time, but after analyzing the light for months, scientists found out that light with radio wavelengths continued to brighten more than 100 days after the detection of the neutron star collision in August. According to the theoretical models, to get a short gamma-ray burst, one needs an ‘ultrarelativistic’ (fast-moving) jet of radio-emitting particles. So, scientists doubted that neutron star merger might be emitting those short gamma-ray bursts.

But, after analyzing the jet through the radio telescopes, they found out that they were not short gamma-ray bursts. Dr. Gregg Hallinan of Caltech, “But we haven’t seen them. We haven’t seen a jet, so from the radio data, we can’t say there’s a definite link between merging neutron star mergers and short gamma-ray bursts. The jury is still out.” As per the scientists, the beam-like jets were not fast but were a slower and broader outflow of a radio-emitting material called as cocoon. We think the jet is dumping its energy into the cocoon. “At first, people thought the material from the collision was coming out in a jet like a firehouse. But we are finding that the flow of material is slower and wider, expanding outward like a bubble,” informed Hallinan.

Bow Waves in Earth’s atmosphere found during the American solar eclipse 2017
Minerals present in Martian rocks sucked in all water and made the planet inhabitable, says study