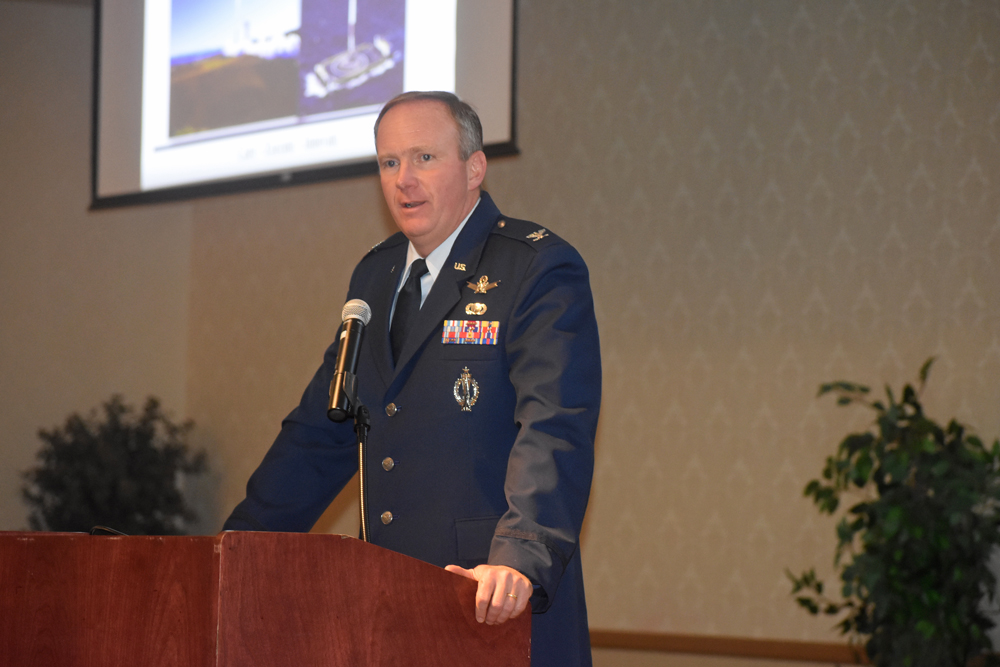 Most of the commercial space companies are eying the Vandenberg Air Force Base for future launch operations, Colonel Gregory Wood has said during an annual speech. Col. Gregory Wood is the 30th Space Wing vice commander and talked about the success and future challenges of Vandenberg Air Force Base during a joint luncheon of community leaders belonging to the Lompoc and Santa Maria Valleys Chambers of Commerce.

Detailed information about upcoming launches, personal numbers as well as program additions or subtraction was exempted from this year’s State of Vandenberg. Informing about the race between commercial space companies for launching operations from Vandenberg, Wood said, “There are so many opportunities in the commercial launch segment right now, and a lot of folks are looking to potentially come to Vandenberg. He told that the companies are in various stages of discussion and he cannot assure that all of them will come to Vandenberg and also he cannot promise that the logos that he showed are all the companies that are out there. He emphasized on the growing popularity of Vandenberg Air Force Base as a future prospect for commercial space segment.

Wood said that in addition to their test business, which is running steadily, the commercial segment is dynamically changing and he thinks that they are going to change for the better as a result of this. Wood said that SpaceX is eying to recover its first stage Falcon rocket on Vandenberg during a future launch. The rocket re-landing will occur at Vandenberg’s Space Launch Complex-4 West, situated near the Falcon rocket’s launch site. “I can tell you that we are on a glide slope to see that happen though,” Wood said. Col.

Wood seemed to be excited about NASA’s InSight mission to Mars that will be launched from the Vandenberg Air Force Base aboard ULA’s Atlas V rocket. According to him the InSight mission launch will be a big deal and will pull a lot of crowd to the base. Col. Wood said, “That’s going to be exciting for the area and you’ll see a huge influx of people. It should prove to be a real crowd-pleaser.”