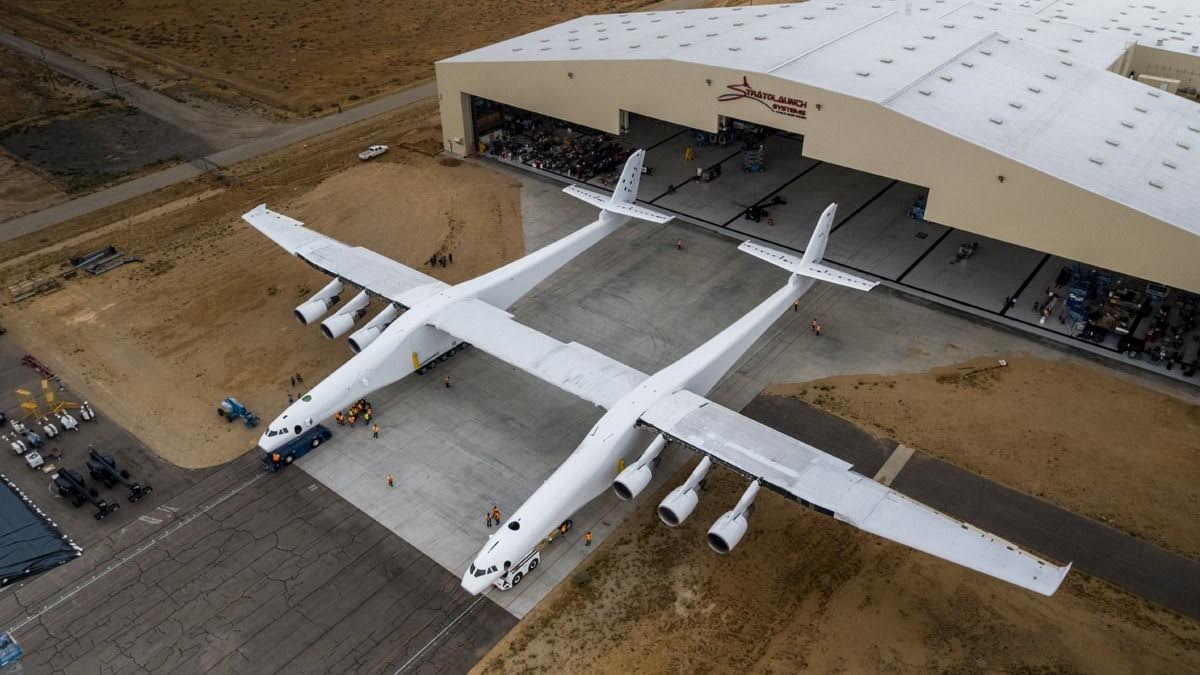 Stratolaunch, the world’s biggest airplane is nearing towards its maiden flight which is scheduled to take place in 2019. The monstrous 500,000-pound double-bodied Stratolaunch airplane is built by Stratolaunch Systems Corp and its founder is Paul Allen, who is also the co-founder of Microsoft. The massive Stratolaunch has a wingspan of 385 feet (117 meters), which is the widest in the world.

Pula Allen wants that a reusable space plane should be fitted to their Steratolaunch so that the launch operations are achieved on a regular and safe basis with cheaper costs. Therefore, Allen is building this Black Ice space shuttle that will deploy satellites and experiments to orbit and then come back and then be used again for further launches. In a Seattle interview, Allen told to the Washington Post reporter Christian Davenport that he would love to see their company have a reusable system and have weekly, if not more often, airport-style, repeatable operations going.

The “Black Ice” space shuttle will be of the same size as that of the former space shuttle built by NASA. It can stay for at least three days and can be launched from anywhere in the world. Once it deploys the satellites or cargos, it would land back on the runway and hence would get ready to fly again. Stratolaunch System’s chief executive Jean Floyd said, “You make your rocket a plane o, you have an airplane carrying a plane that’s fully reusable. You don’t throw anything away ever. Only fuel.”

Giving more insights into their Stratolaunch aircraft and Black Ice concept, the company said that their vision for Stratolaunch is to offer a broad spectrum of capabilities from small, medium, to fully reusable. “Black Ice is an aspirational concept we are exploring; however, no decisions have been made yet.” the company informed. Recently the company achieved success in runway speed of the Stratolaunch as the massive airplane achieved tax speed of 46 mph (74 km/h) on the runway.