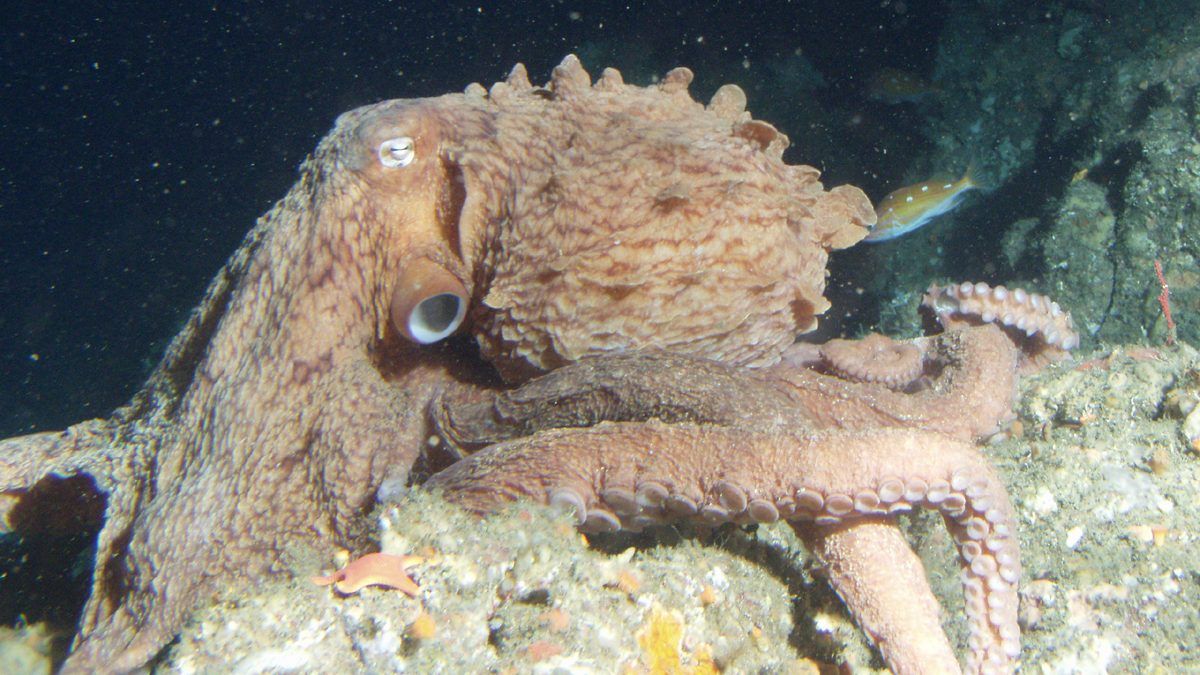 According to a new study the giant Pacific octopus which is considered as the most significant species of the octopus that has two separate breeds. This information depicts that how little information our researchers have about the giant octopus. This species is one the unique marine creature that will leave you amazed. They are the magnificent creature and look fantastic in the aquariums.

Scientists can’t believe that these species were hidden for such an extended period that no one was able to recognise them as a new species that deserves a salute. This new species was discovered by the researchers of Alaska University. The newly introduced species is known as frilled giant octopus and was found out by Nathan Hollenback and David Scheel researchers at Alaska. They stated that when they were looking for their thesis’s study, the octopus they noticed were different from the Giant Pacific Octopus. They were catching shrimps at that time.

While collecting shrimps for their research, they accidentally caught 21 octopus by a fisherman. Among 21 octopus, 14 were recognised as the Giant Pacific Octopus, but seven were unique. These octopuses had different frills and also had the two white spots on their heads with exceptional eyelashes. After examining, scientists found out that this a different species. Scientist David Scheel stated that usually, everyone noticed them but never found out that this a whole new species of octopus.

These species have a frill attached to their body of the same length, and the giant Pacific species had only one spot on its head while the species has two spots with distinctive eyelashes that are made of extra skin. Not only this scientist conducted a genetic test to confirm that whether it is same or not and they discovered it as a new species.

This shows that scientists neglected this unique species may be because they are not rare marine creatures. This is the first time researchers did genetic testing to identify the new species and used the skin swaps, so that they can confirm the new Frilled Octopus species. There are different cases of Giant Pacific octopus in some they can weigh approximately 100 pounds to 600 pounds and can grow around 16 feet to 30 feets.

People will see two supermoons, a blue moon and a lunar eclipse in January (Video+)
A new species of exotic marine spider discovered in Australia named after Bob Marley