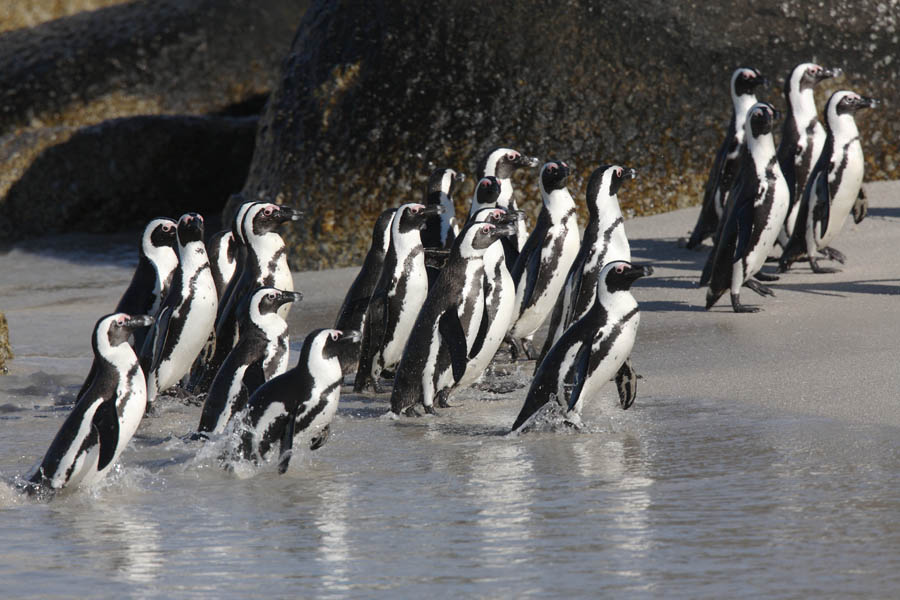 Juvenile penguin group in Africa is moving towards death at a super-fast pace, thanks to the human interface and changes in climatic patterns. A new study has come up with a serious not on young penguins as they are falling into an “ecological trap,” while outing in search of food. As highlighted by the study, since centuries, factors like the emission of chemicals plankton and the temperature of the water are responsible for steering penguins in the direction for food. But due to overfishing and abnormal changes in temperature level, Africa’s young penguins are being ill-advised, as a result of which, they are falling into an ecological trap.

The study, published in the journal Current Biology has stated that, due to the human interface, penguins are moving in wrong routes for food, and ended up stuck in an area with almost no food. As highlighted by the research, led by Richard Sherley of the University of Exeter and University of Cape Town, Africa’s juvenile Penguins, who are moving out for their first swims from the Western Cape, are falling into an “ecological trap”, which eventually causing the falling number of penguins in the country.

According to the lead author of the study, the most affected areas for penguin are the coastal Namibia and South Africa. In these regions, there are less than 50% penguins have left, which is really concerning.”

Richard, while commenting on his study also highlighted the role of human interference in this plummeting ecosystem of Africa. As per the lead author, it is the human intervention only that is weakening the natural ecosystem of the world. The plummeting number of young penguins in Africa is highly attributable to overfishing, and climate change and human activities are playing the most pivotal role in this situation.

According to Rob Hale‚ an ecologist at the University of Melbourne, “This study is the best evidence about the effects causing the climate change and human activities on the ecosystem of the world.” Among the major causes of this event, the study marked the higher ocean temperatures‚ alternations in salinity and overfishing to be the primary reasons.

As per the survey statistics, penguins in the Western Cape of Africa are the worst exaggerated. The populace of penguins in this province has dropped down 80% in the last 15 years. In these course of 15 years, the number of breeding pairs has plummeted from 40 000 to 5 000 or 6 000‚, and following this scenario, the complete extinction can easily be imagined.