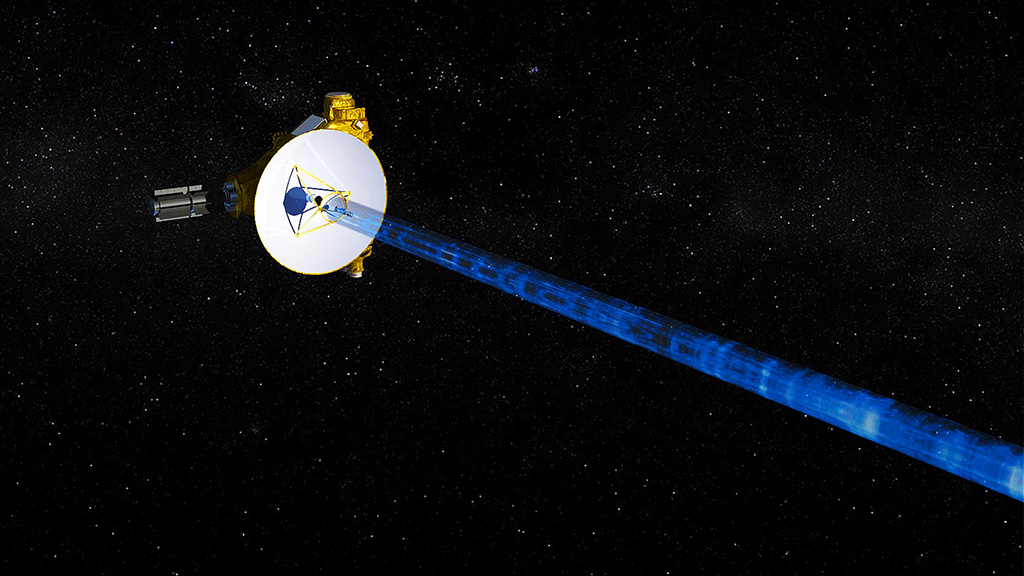 After the troubleshoot of the minor technical glitch, New Horizons – the first space probe dedicated to the exploration mission to Pluto and the Kuiper Belt is now healthy and moving smoothly heading for its next mission, confirmed NASA in an official statement on Thursday.  After spending more than 24 hours in a shielding “safe mode,” the New Horizons spacecraft of NASA is now hale and hearty and progressing on the route for its next target – the Kuiper Belt object 2014 MU69.

Due to a command-loading error occurred last week, the spaceship was kept under observation for 24-hours. Following a troubleshooting operation, the spacecraft is now completely okay and operating normally. However, due to the unexpected blunder, scientists have lost the scientific data collected by the spaceship earlier, and now, a team of engineers and space programmers is trying hard to restore the full operations and scientific evidence, collected during its different missions.

The New Horizons Spacecraft of NASA is an interplanetary space probe, which is engineered to carry out two exploration missions including one flyby study of the Pluto system, and another fly by research on Kuiper belt objects. The space probe was launched from the Cape Canaveral Air Force Station directly into an Earth-and-solar-escape route on 19th January 2006.  The major goal of the mission is to get a better understanding of the formation of the ancient solar system, Pluto system, and the Kuiper belt.

However, because of the 10.5-hour round expedition, the communication and commander system delayed and quick after the identification of the glitch, the team of NASA started diagnosing and troubleshooting the issues of New Horizons. After going through a “24-hour safe mode”, scientists now expect the spaceship to back on its regular timeline before early Sunday.

In safe mode, researchers suspended the schedule of activities of the spacecraft and kept its transmitter pointed in the direction of Earth in order to listen to the instructions given by the Mission Operations Centre at the Johns Hopkins University Applied Physics Laboratory (APL) in the US.