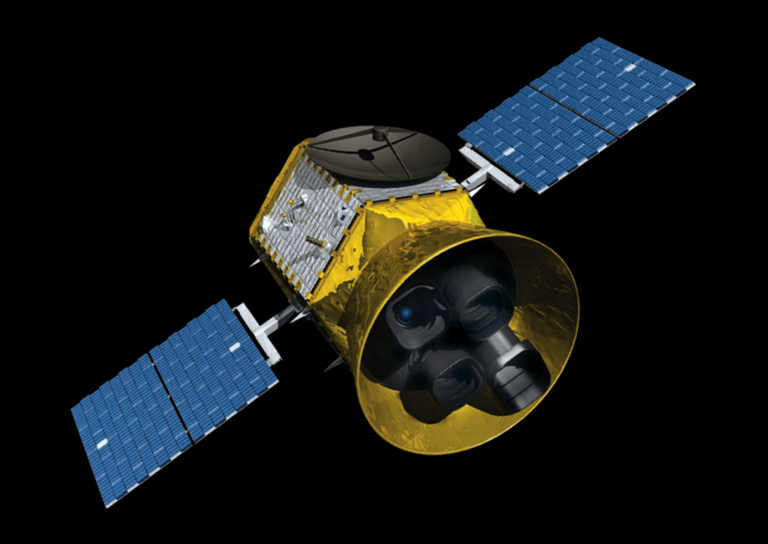 NASA’s new exoplanet-hunting mission, the Transiting Exoplanet Survey Satellite (TESS) that was launched on April 18 aboard SpaceX Falcon rocket has spent just a few days in the space and yet, it managed to send a stunning test image consisting of more than 200,000 stars in a single frame. The image released by NASA shows the extent of one of the four cameras onboard TESS that would enable it to scan through the sky, giving data on potential explanets revolving around their host stars.

The image is a two-second exposure photograph snapped by one of the four cameras mounted on the TESS satellite. The image is centered on the southern constellation Centaurus. Beta Centauri, a brightly lit star can be seen in the lower left edge of the photo while the Coalsack Nebula populates in the upper right quadrant. The image shows more than 200,000 stars which have intrigued the researchers at the mission control. As soon as TESS reaches its final orbit with all four cameras working along with all other instruments, I will cover a massive 400 times the sky as shown in this image.

The image in question is a test image while the first light or the image which can be further scientifically analyzed by the scientists is expected to release in June while the satellite makes its closest approach towards the Earth. Once mounted on its final orbit, the four cameras onboard TESS will scan 26 entire sectors of the sky thereby covering the maximum area of the sky in both hemispheres throughout its mission initially commissioned for a period of two years. The satellite will capture planets revolving around the host stars using transmit method where it will register even the slightest dip in the brightness emanated by the stars to detect the presence of any planet in front of it.

TESS satellite follows a highly-eccentric elliptical orbit that has never been followed. The orbit will allow the satellite to scan through the vast expanse of the sky in both hemispheres. It will complete an orbit around the Earth ever 13.7 days which is half the duration required by the moon to complete its orbit around the planet. What’s exciting is that TESS will get a gravity-assist from the Moon plus a final burn will be performed on May 30 that will put the satellite into the elliptical orbit as programmed. The gravity-assists from the moon will ensure that the satellite remains in a stable orbit throughout its mission spanning over two years.

Once fully operational, the satellite will send its first detailed observation in mid-June this year. The data can help distinguish thousands of exoplanets in the sky. The data will soon act as a relay to the upcoming James Webb Space Telescope which will be launched in 2020. JWST will pierce through the atmosphere of the exoplanets and other celestial objects to collect more information.

A newly-discovered supermassive black hole found that shines brighter than an entire galaxy
An asteroid just made a close approach towards the Earth; Is it possible to avoid an asteroid collision?