Today on June 06, three astronauts will set out on the International Space Station Expedition 57 onboard Soyuz-FG rocket which is expected to lift off from Baikonur Cosmodrome at 07.12 a.m. PDT from the Launch Pad No. 1, the same pad used by Yuri Gagarin on his mission to become the first person in space in 1961. The Soyuz rocket hosts logo of 2018 FIFA World Cup that will commence in Moscow in Russia later this month.

The three-stage Soyuz-FG rocket reached Launch Pad No. 1 at the Baikonur Cosmodrome on early Monday where it rode on a specialized railcar towards the LP after which, gantry towers, support arms and other equipment were used to raise the three-stage rocket vertically and prepare for the final checks and launch. According to the schedule, the three astronauts namely Sergey Prokopyev, Alexander Gerst, and Serena Aunon-Chancellor will board the Soyuz crew capture from the service towers few minutes before the launch window.

Sergey Prokopyev, 43, is a former squadron commander in the Russian Air Force and now a cosmonaut at Roscosmos, a Russian space agency who is poised for his maiden voyage to the ISS. He will act as a commander onboard Soyuz rocket. Another rookie flier is Serena Aunon-Chancellor of NASA who is a 42-year-old former flight surgeon born in Indiana and raised in Colorado. Alexander Gerst from European Space Agency who will fly for the second time to the space station will serve as a board engineer and he will take the command of the International Space Station.

All three astronauts will take off on a two-day trip to the International Space Station where they are expected to reach to the ISS at 9:07 a.m. EDT on Friday i.e. June 08 where they will join Ricky Arnold, Drew Feustel, and Oleg Artemyev who are on the ISS after three other astronauts recently closed their 168-day mission on the ISS after they landed in Kazakhstan on June 03. Shkaplerov’ crew which returned to Earth on June 03 landed with a regulation ball that will be used during the opening match. The Soyuz rocket will host logo for the upcoming FIFA World Cup 2018 which will be held in Moscow later this year. Watch It Live Here! 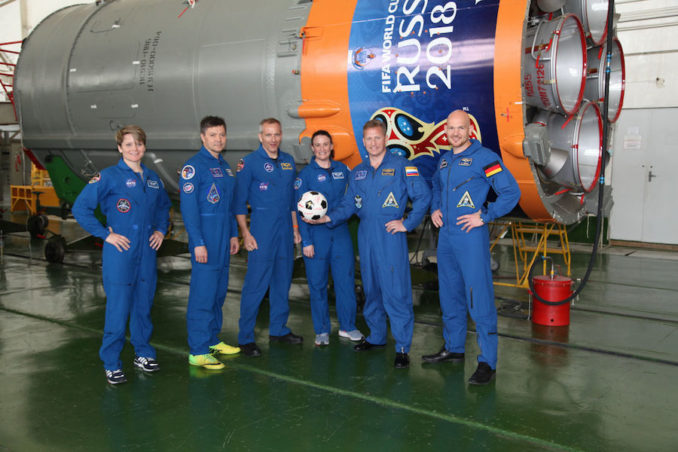 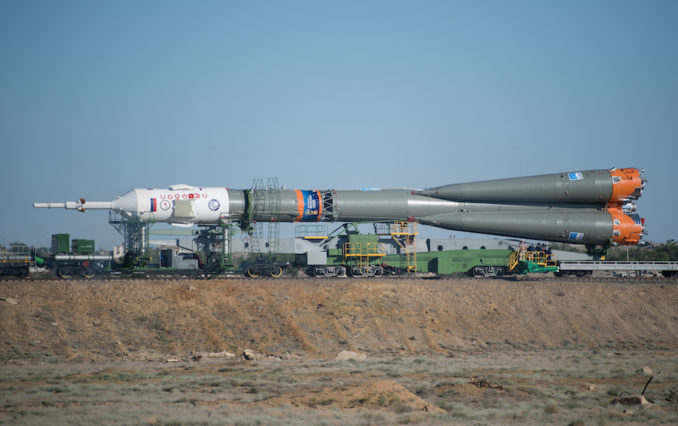 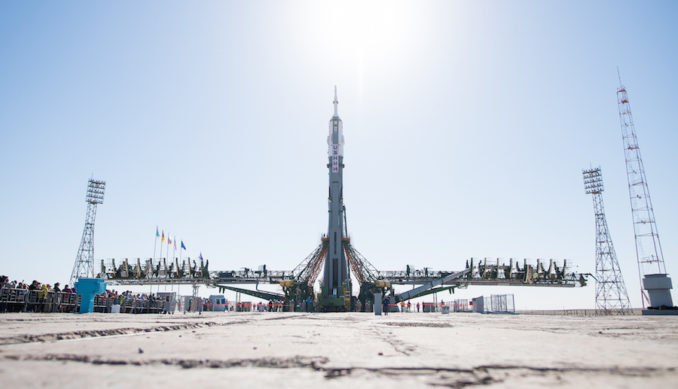 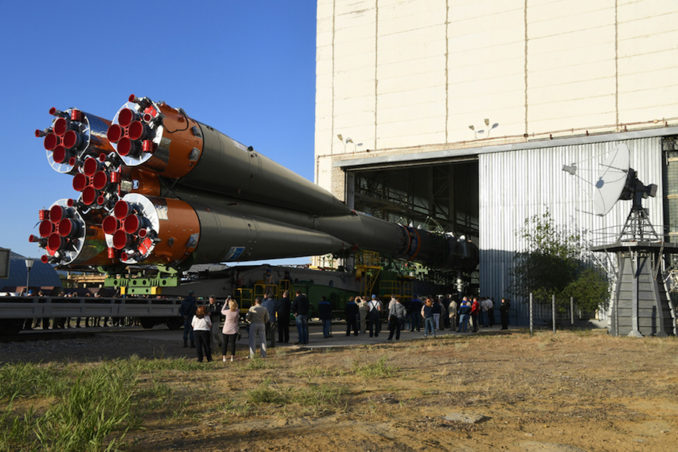