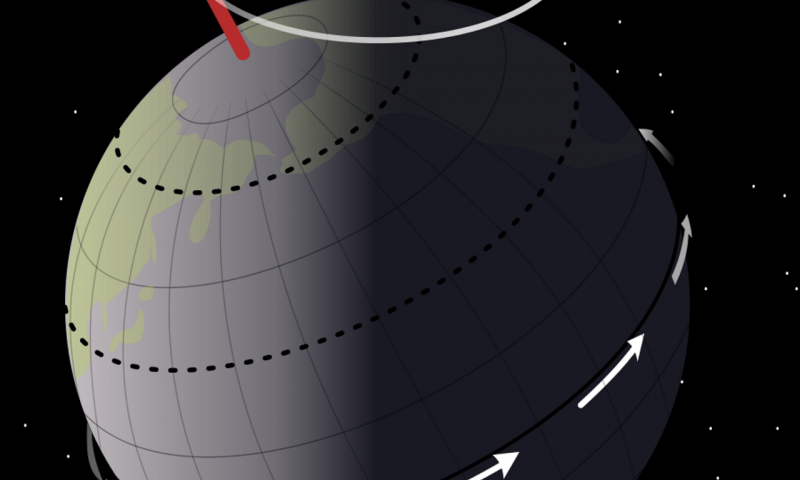 A recent study has suggested that more than 1.4 billion years ago, a day on the Earth lasted for just 18 hours. But today, a day on Earth is around 24 hours. The duration of a day on our planet depends on many factors of which, one of the crucial factors is the Earth-Moon interaction. Stephen Meyers who co-authored the study published in the journal Proceedings of the National Academy of Sciences said that when the moon moves away from the Earth, the latter acts a spinning figure skater where it slows down when the arms are stretched out.

A number of techniques and methods were used in order to determine these findings such as a statistical method where researchers used geological observations and astronomical theory which are known as astrochronology. This technique helps researchers to study the geologic past of the Earth by studying the rock records for climate change and other factors. Per the paper, Earth’s movement in the space is influenced by many celestial objects like the moon, planets, and sun, etc. This combined influence determines the axis of rotation and wobbling of the Earth which it follows to rotate around the sun in its orbit. This phenomenon is called Milankovitch cycles which describes the amount of sunlight that distributes on Earth as well as the climate rhythms on Earth.

However, digging into rocks for records billions of years ago is not reliable as it doesn’t provide the accuracy needed for the calculations. The results are further influenced by a theory called solar system chaos which explains how a small variation exerted by any of the celestial objects in the space can propagate into bigger changes millions of years later which is very difficult to study. The researchers used rock dating back to 90 million years ago to capture climate cycles in the past, however, to no avail.

Meyers presented his theory at the Lamont-Doherty Earth Observatory in 2016 where Alberto Malinverno, a professor at the Columbia University expressed his interest in the study. In fact, Alberto had developed a statistical method called TimeOpt in 2015 which studies the geologic data, astronomical theory, as well as statistical approach called Bayesian inversions that would allow the researchers to account for uncertainties in the study system. This technique was used to determine calculations on the length of a day and the distance between Earth and the moon.

The team studies two stratigraphic rock layers i.e. 55 million-year-old record from Walvis Ridge and 1.4 billion-year-old Xiamaling Formation found in Northern China. This provided calculations to contemplate the length of the day, the distance between the moon and the Earth as well as account for uncertainty. They referenced two of the earlier research made on Milankovitch cycles and rock records. They found out that moon is moving away from our planet at a rate of 3.82 centimeters a year. This means that it would take millions of years before the humans could recalculate the length of a day.