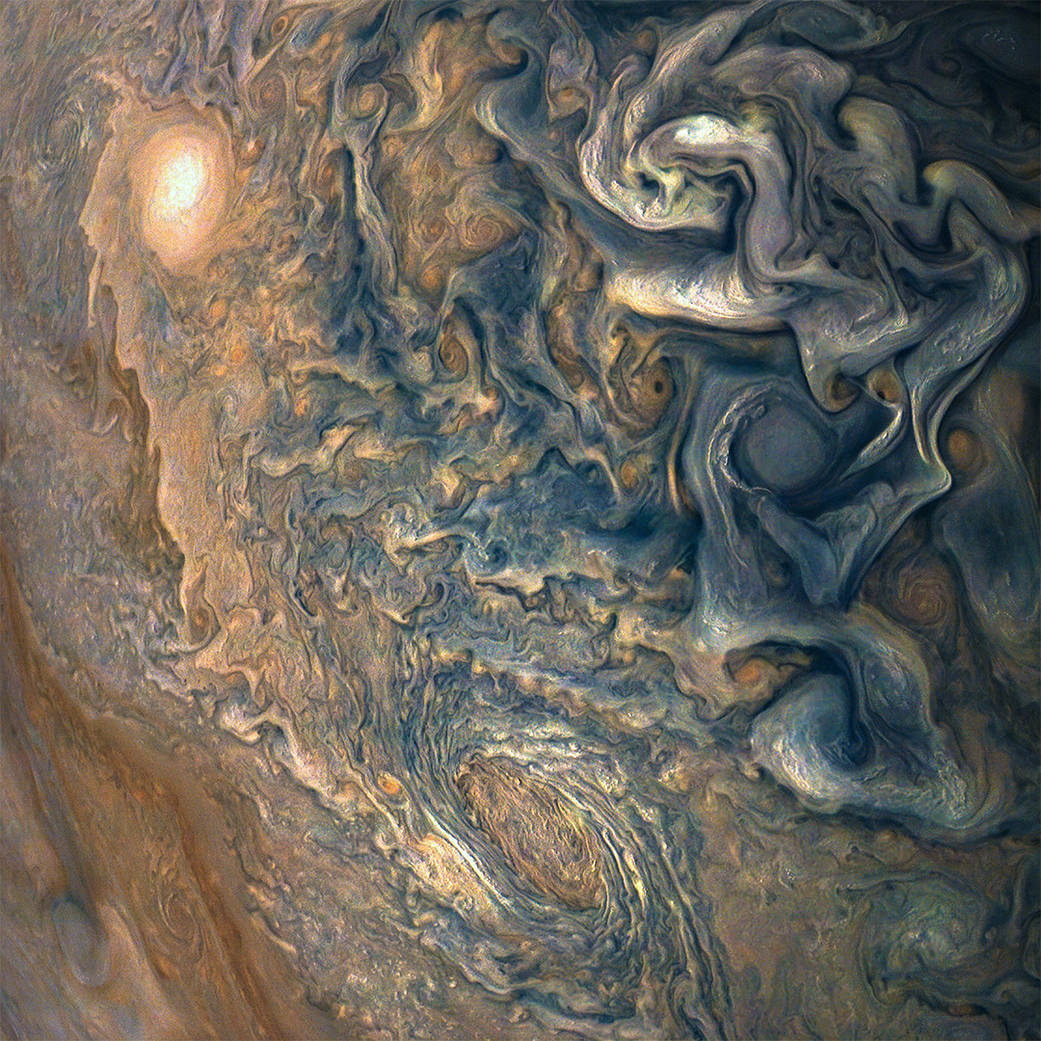 The US space agency NASA’s Juno spacecraft has beamed an incredible image of the scary atmosphere of the largest planet of our solar system — Jupiter. Scientists have enhanced the colors of the image to make it look more appealing which also really brings out eerieness of gas giant.

The stunning photo looks no less than an art by Picasso. Jupiter completely fills the image, with only a hint of the terminator (where daylight fades to night) in the upper right corner, and no visible limb (the curved edge of the planet).

Thanks to citizen scientists Gerald Eichstädt and Seán Doran who took the pain to process the image and enhanced its color that truly popped out the weirdness of the scene.

Moreover, JunoCam imager is a color camera installed aboard Juno Spacecraft which also serves as one of the eyes of the probe. The imager was installed on the spacecraft public engagement, and it is of no use for scientists and for research purposes.

You can see all the images captured by Juno spacecraft here.