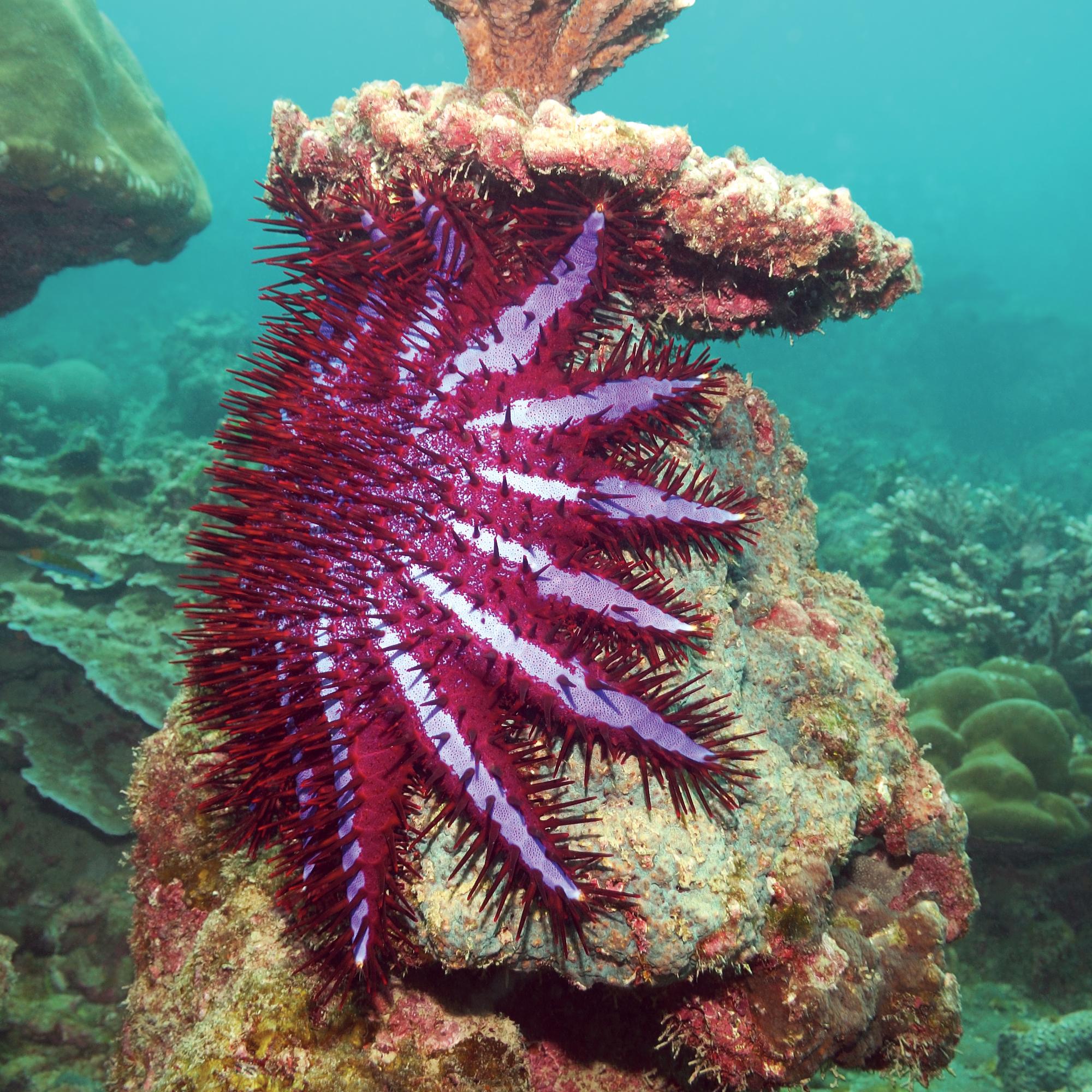 The Barrier reef is just not only in endanger due to the rise in ocean temperature but also threatened by injurious starfish. It is confirmed that starfish is responsible for gulping a large section of barrier reefs by the Authority of Marine Park. The park officials stated that the starfish species a native starfish from Australia Crown-of-thorns which grows on specific occasions are a threat to the reef.

Authorities detected that 37 sections are presented in the southern periphery of reef known as Swain Reef that covers around 60 miles. Officials confirmed that any issue that heads the reefs being emphasized is a reason for concern. The coral reef is considered as so enormous that it can be seen even from the space. It is a home for thousands of water species. The tourism department produces a large amount of revenue based on the survival of Barrier reef which provides 70,000 jobs in Australia.

The Starfish eat the fast-growing coral reefs by allowing the slow-growing species to survive. When the starfish starts to grow in a vast amount eating away the corals at a fast pace compared to the rate at which they produce. This is also a reason behind the rapid decline in the number of coral reefs.

To consume the hard coral, the starfish houses a swelled stomach that includes the coral and then ingests it. At the starting of a program which was made to control starfish variety, officials killed around 600,000 starfish of the north to prevent central portion of reefs.

The recent study stated that area of coral bleach is so intense that they are not even able to recover back. As per the study, the best solution that could be done to save coral reefs is to collect starfishes. The action of collecting starfishes is known as culling and is performed by injecting a solution made of bile salt with white vinegar in the starfish. This kills starfishes without affecting other organisms if the water.

From 2012 it started, and the government decided to invest approximately 34 million for this issue until 2020. Corals usually follow the trend of death and rebirth but the consumption of the corals them for recovering to the original number.