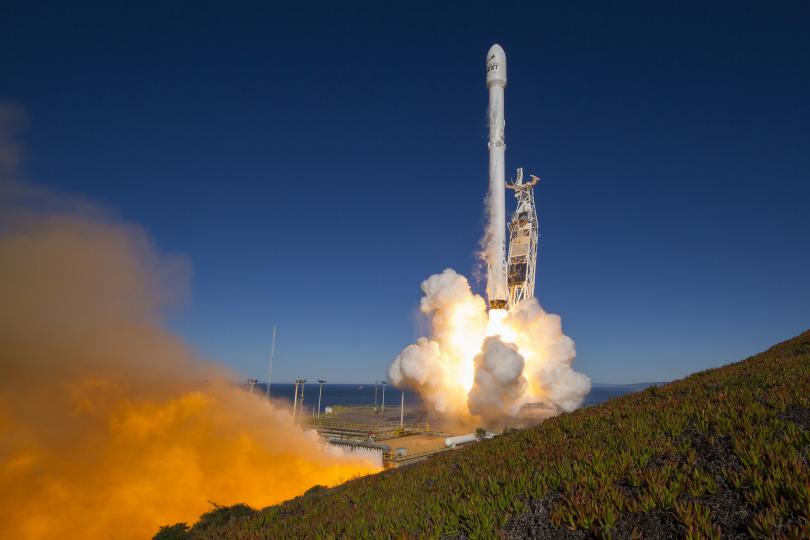 Less than two weeks after its last rocket launch, SpaceX successfully launched seven satellites in the space on May 22 and the deployment of all the seven satellites took place within an hour and a half post-launch. The latest SpaceX rocket launch was different from its previous launches in many ways. First of all, it didn’t attempt to land the first stage boosters of the Falcon 9 rocket used for the mission as it is planning to phase out all its older versions of rockets that will be replaced by newer versions.

Moving on, SpaceX used Falcon 9 Block 4 version rocket for this mission carrying five Iridium NEXT satellites and two GRACE-FO satellites which is an older version of rockets thereby facilitating its plan to phase out older versions. The Block 4 rocket used in this mission was recovered by the Zuma mission that took place four months ago. On the other hand, SpaceX has successfully tried and tested the newer version of rocket i.e. Falcon 9 Block V rocket that was used in the last mission. Block V is the latest version with sophisticated and efficient technology with improved and enhanced reusability and much more.

Although SpaceX didn’t attempt to recover the first stage boosters when it would have allowed it to land in a controlled descent mission, it did state recovering the fairings. Rocket’s nose cone or fairings that protects the payload from any damage due to the transit from the surface of the Earth i.e. from the launch pad to space from harmful UV lights, explosive temperatures and other forces acting on it while it is lifting off with incredibly powerful engines. SpaceX displayed a webcast of the entire mission and even showed the glimpse of Mr. Steven, the boat with a large catching net to catch the fairings before it splashes into the Pacific Ocean. But, it didn’t show the actual attempt of catching the fairings.

Unlike boosters which have the capability to have a controlled descent, fairings are just two pieces of the metal casing with a size larger than a school bus with an array of thrusters and parachutes that guide it towards the boat to a certain extent. Mr. Steven, the boat is equipped with GPS and a large catch so that the fairings could be caught, however, similar to the previous attempts the company made, this attempt too went in vain as the boat wasn’t able to catch the fairings before it hit the water. Fairings are expensive with an average cost around $10 million USD and SpaceX has been trying the recover it to drive down its cost of operations, however, it hasn’t been successful yet. This is a tricky endeavor and SpaceX will continue to try and catch the fairings in its future missions.