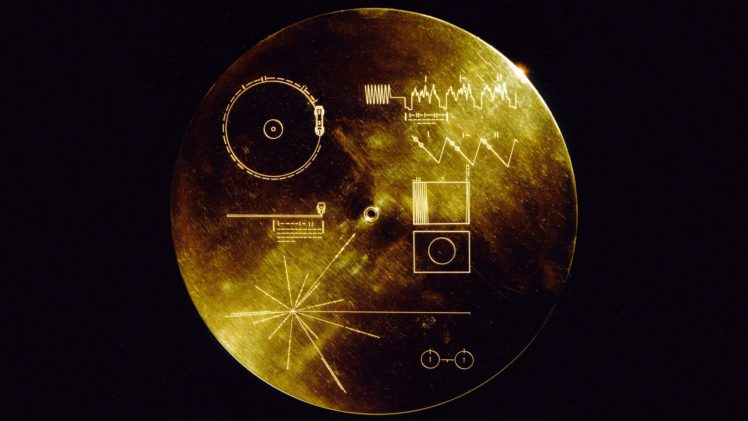 NASA launched two Voyager spacecraft into the deep cosmos of the space back in 1977. It has been more than four decades for these excellent pieces of craftsmanship post-launch and these are still working and moving further into space at an astounding velocity of over 50,000 km/h. Both of these spacecraft have ‘Golden Records’ embedded on their chassis that contains audio-visual records of human beings in an attempt to greet any potential alien life if ever discovered. However, according to two researchers who conducted a supporting research on the interpretation of these records as it might not be interpreted as expected.

The ‘Golden Record’ is a gold-plated disc mounted on Voyager 1 and Voyager 2 missions. The disc contains greeting in 54 different human languages, images and sounds of biological and man-made and other earthly sounds plus 90-minutes of music from all parts of the world. Back in 1977, these records were made with the sole objective that if any alien life exists in the cosmos, these records can provide a required introduction about human beings living on the Earth.

But researchers believe that the messages loaded onto the golden disc are too human-centric. They further added that the messages sent on these discs can easily be misinterpreted. These messages seem to be something expected to be received by someone with sensory capabilities similar to humans, however, aliens are supposed to be an intelligent civilization. This can prove difficult for aliens to interpret it. The researchers added that the greeting messages spoken in 54 different human languages might be interpreted as humans arguing or speaking gibberish. Also, the 90-minute audio track containing almost every form of music on Earth can be misinterpreted since it is very difficult for aliens to gauge transition between two forms.

Researchers suggest that these records show lack of grammatical congruity. It won’t be well-received in case there happens to be an extraterrestrial life somewhere. Interpreting the Golden Records can be puzzling for someone who has little or no knowledge about human beings.

The Voyager missions are currently traveling at more than 55,000km/h and have covered a distance of 12 billion miles from the Earth. Both of these spacecraft has crossed the extent of our solar system and have passed through Pluto entering the deep cosmos of the space. It is estimated that it would take around 40,000 years for these spacecraft to reach a different star system.

Queqiao will execute transition to EML2; Longjiang-1 & 2 microsatellites might be lost
Alan Bean, the fourth man on the moon, dies at 86