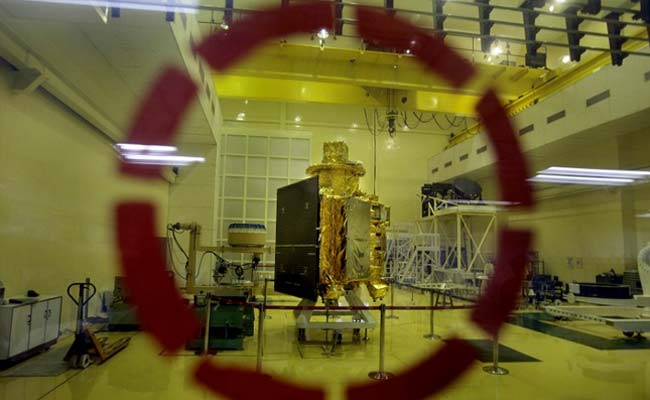 In 2008, Space satellite organiser, ISRO launched Chandrayaan-1, the first unmanned space satellite of India. But it was considered lost in August 2009, as it stopped responding. Recently, NASA scientists have found out that Chandrayaan-1 is still orbiting the Moon.

It came to a great surprise for the ISRO scientists when news from NASA landed their station about the existence of Chandrayaan-1. ISRO has already started to plan its next unmanned Moon mission called Chandrayaan-2. The Chandrayaan-1 cost $79 million during its launch in 2008 to map the moon’s surface and look for precious resources. The mission was assigned a total time frame of two-year mission. But only after a year, Scientists at the Indian Space Research Organisation (ISRO) lost contact with Chandrayaan-1. The satellite stopped responding to the signals sent by the launch station. Now, scientists at NASA have successfully located the spacecraft and informed that it is still circling some 200 kilometres above the lunar surface.

Things to know about ISRO’s Chandrayaan-1:

ISRO launched this first Indian space satellite in March 2008. It was planned to monitor Moon and send relevant information about lunar atmosphere to Earth. However, in August 2009, the satellite stopped responding and was lost somewhere in space. It wasn’t until today that NASA scientists found out a little Moon like structure orbiting the lunar orbit.

Chandrayaan was planned to circle the Earth in its transfer orbit. Later it was put into elliptically “extended transfer orbits” by repeatedly firing its liquid engine in a pre-determined sequence. The liquid engine was once made to fire massively to make the spacecraft travel to the vicinity of the Moon. So, it followed a path called the “Lunar Transfer Trajectory (LTT).”

When the satellite reached somewhere near the Moon, it initially passed at a few hundred kilometres from it. It’s liquid engine was then fired again so that the spacecraft slowed down sufficiently to enable the gravity of the Moon to capture it into an elliptical orbit with the consequence that the engine firing the height of the spacecraft’s orbit around the Moon was reduced in steps. After careful and detailed observation of the orbit perturbations, the orbital height of Chandrayaan was finally lowered to its intended 100 km height from the lunar surface.

Initially, the sudden disappearance of Chandrayaan put Indian space head into questions regarding their invention and capability. But ISRO’s first unmanned Moon satellite have now proved the high qualification and ability of Indian scientists.