Home » News » Health » Why hypertension is becoming a more common scenario of today? 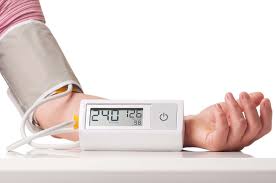 According to a recent study, 95% of the high blood pressure caused by the human have no identifiable reason behind it. Earlier scientists believed in the fact that irregular change in lifestyle and unwanted stress are the only reason behind hypertension. But today, that is not the case as people who are free and have least to worry about are also developing high blood pressure conditions.

High blood pressure is biologically termed in health science as hypertension. It occurs when the force of blood against the artery walls becomes too high. It caused a rush of blood to the artery walls, causing blackouts and excess sweat. Some high blood pressure condition can also damage the kidney and cause a heart attack. Often, hypertension is termed as the silent killer because initially, it shows no traces of its effect on the body until the force rises to the heart and artery walls, thus causing some severe damage to it. It is a risk factor for diseases of the brain, kidneys, heart, eyes, and other parts of the body said a group of researchers at the Institute of Cytology and Genetics in Russia.

After individual research, scientists are now of the opinion that hypertension is also a gene inherited issue which causes arterial damage in upcoming generations. They conducted some studies on rat model names, “ISIAH” where they found out some physiological traces of inheritable consequences.

They also noted that the changes in brain activity, specifically a decrease in the prefrontal cortex and an increase in the hypothalamus occurs in human but that did not take place in the group of rats with normal blood pressure.

This research clearly demonstrates a link between hypertension and changes in brain activity and blood flow. Now the researchers are also suggesting that the hypertension is the cause of changes that are taking place early in life.

Lead author Alisa Seraphinana from the Institute of Cytology and Genetics said, “The study of early physiological changes may help clarify the cause of high blood pressure. Understanding this could help us prevent the disease early on,”

Hypertension which remained a little mystery to the scientists so far is now slowing unfolding its rays and disclosing the reasons behind hypertension in people.

Men are more prone to HPV virus than women
Why modern Indian women lack control on her reproductive health?