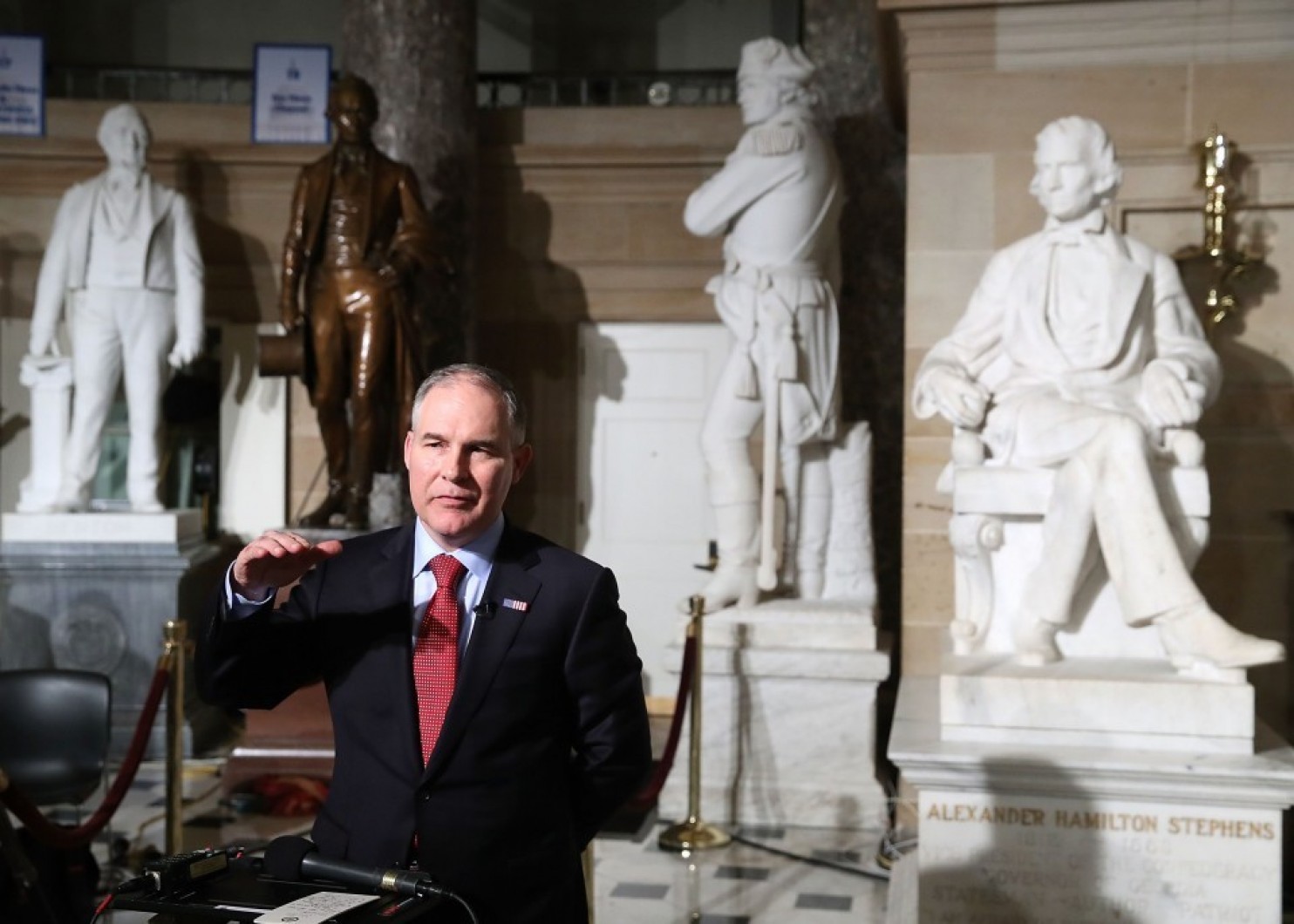 Environmental Protection Agency chief, Scott Pruitt, in an interview with the media house said that carbon dioxide is not the primary cause global warming, hearing which citizen rose to anger.

Scott Pruitt is an environmentalist and strongly disagrees the fact that carbon dioxide is alone blamed for global warming. According to Scott Pruitt, not carbon dioxide but human activities and climatic changes are the primary contributors to global warming. In his interview, Scott Pruitt said, “I think that measuring with precision human activity on the climate is something very challenging to do and there’s tremendous disagreement about the degree of impact, so no, I would not agree that it’s a primary contributor to the global warming that we see. But we don’t know that yet. Hence we need to continue the debate and continue the review and the analysis.”

After Scott’s interview with CNBC, citizens from all over the USA started to ring Scott Pruitt and discuss the reason for his drastic face change. The media house reported that calls to Scoot Pruitt reached to such a high volume that he was forced to set up a call centre to attend the calls. The call centre was three agency employees. The officials asked for anonymity out of fear of retaliation. Even interns were dispatched to answer some of the incoming calls. At times, calls to that number ended up going to voice mail. EPA did not respond immediately to a request for comment.

It is quite unusual for Americans to target a cabinet official but Pruitt’s huge statement on global warming contributor, forced Americans to ring him and ask for reasons.

Initially, like any other agency, EPA chief Scott Pruitt also believed that carbon dioxide is the main contributor to global warming. But Scott’s recent views has come out to be odd regarding that of his earlier views and views that NASA has stated.

In regards with Scott Pruitt’s statement, NASA said, “The planet’s average surface temperature has risen about 2.0 degrees Fahrenheit (1.1 degrees Celsius) since the late 19th century, a change driven largely by increased carbon dioxide and other human-made emissions into the atmosphere,”

Sen. Brian Schatz, D-Hawaii, co-chair of the Senate Climate Action Task Force, also shut off Scott Pruitt and his statements, calling it ‘extreme’, ‘irresponsible’ and ‘against the environment laws’.

Senate Co-chair also mentioned that after listening to whatever Scott Pruitt said about global warming and cause of global warming, it won’t be wrong to say that he is unqualified to become the administrator of EPA. No one must oppose to the beliefs that have been considered as fact for year long decades.

Scott Pruitt has also called the Paris Agreement, an international accord aimed at mitigating the impacts of climate change, “a bad deal.” He expressed that it puts the United States on a different playing field than developing countries like China and India.