Home » News » Space » China will launch its own space station starting as soon as 2020; China has invited UN members nations for contribution 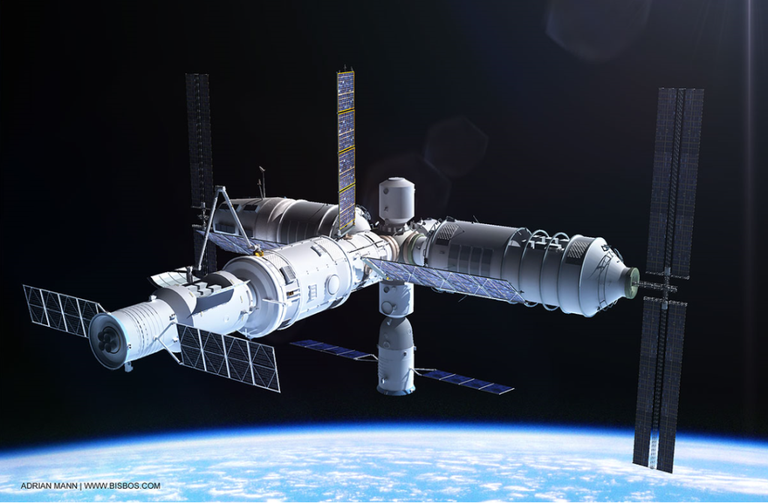 China’s space agency is working in full swing to develop and send parts of China’s space station which is expected to become fully operational by 2022. Chinese space agency has sent invitations to all UN member states thereby inviting nations to conduct experiments and research on the space station as per the part of China’s international cooperation as well as the Outer Space Treaty of 1967 that was signed in order to proclaim outer space as a common region for all humankind. China’s Space Station (CSS) will be developed in three modules of which, the first module will be sent as soon as 2020.

China has been developing strategies for its own space station for years as United States barred its entry into the ISS citing several issues. But Yang Hong, CSS’s chief designer asserted that this lockout by foreign countries allowed China to achieve innovations in the space industry. Chinese space agency has been discussing tidbits of the upcoming CSS for some time now. As of now, we know that the CSS will be constructed in three modules arranged in T-shape with an average weight of 66 metric tons. With the cargo vehicles and manned spaceships docked onto the CSS, it will exceed the 100 metric tons mark.

Last year, Chinese space agency completed the construction of Tianhe-1 or “harmony of the heavens” – first module. It weighs around 20 metric tons and it is expected to be sent into space as soon as 2020. It is one of the complex and the largest spacecraft ever built by China. The cost of the project is under wrap, however, it is done economically as far as the reports are concerned. The modules for the CSS are constructed by China Aerospace Science and Technology Group (CASC), China’s main space contractor. On the contrary, NASA spent over $100 billion on its ISS along with $3 billion a year sanctioned for its maintenance which is around the same as China spends on its space science projects in a year.

The construction for the ISS started in 1988 and took more than a decade to complete and it became operational by 2000s. As per the CSS, it is expected to launch in 2020 from the Wenchang Spacecraft Launch China in southern China. Other two experiments i.e. Wengtain or “quest for the heavens”, and Mengtian or “Dreaming of the heavens” will be constructed and sent the following years. The entire CSS will start operating in 2022. At one point in the future, China might be the only nation with an operational space station since ISS will defunct by 2028 according to the NASA’s administrator.

The CSS is expected to stay in operation for 10 years initially during which, six astronauts could stay on it at a time and conduct experiments such as detecting the effects of space and microgravity of humans, etc. China has welcomed UN member nations to join for experimentation at the CSS once it is launched and it is waiting for the responses. The deadline to express interest for any nation, private and public organizations, as well as companies and institutes, is August 31, 2018.

SpaceX will launch its Falcon 9 rocket on Friday at 02:57 a.m. EDT from Cape Canaveral
Students send seeds of broccoli to the ISS to figure out a way to grow plants in space