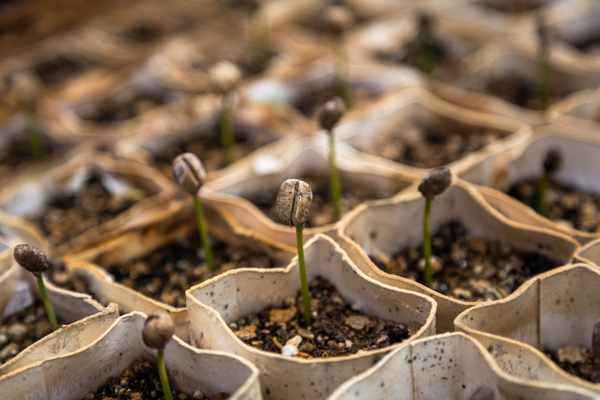 Scientists are trying to find out whether astronauts could grow plants in space at the International Space Station (ISS) in its extremely low gravity and they have been successful in many attempts. Recently, researchers packed a batch of six broccoli seeds onboard the Orbital ATK Cygnus spacecraft that was launched this week from the Wallops Island in Virginia. Out of the six broccoli seeds, three were organic and without any additional coating while the other three seeds were coated with ‘beneficial’ microbes. This will enable astronauts to figure out a viable way to grow vegetables and plants aboard the ISS.

As a part of ISS cargo resupply ship, Orbital ATK launched Cygnus spacecraft with tonnes of cargo including a Cold Atom Laboratory, and other experiments and food supplies. The cargo carries a batch of six broccoli seeds as aforementioned of which, three are coated with two species of bacteria known as endophytes or bacteria that live within a plant without causing any damage or disease to the host plant. Also known as beneficial microbes, these bacteria might speed up the growth of the plants in extremely low-gravity and especially where the water and other nutrients are lacking.

The experiment was developed by 11 students at the Valley Christian High School in San Jose, California with the goal to learn if these bacteria can help in the growth of a plant in space and eventually on Moon and Mars which is the ultimate space exploration goal. Further, the students conducted a controlled experiment on broccoli by coating it with endophytes in a controlled environment and found out that it literally sped up the growth of the plant significantly. Professor Sharon Doty at the University of Washington asserted the fact that the aim of conducting such an experiment is to find a viable way to grow plants without fertilizers and potting mix.

Prof Doty added that their goal is to grow plants with a minimum input. There have been previous studies on endophytes where these bacteria have proven to support plant’s growth during drought and other natural deterrents. NASA will publish the results on its website soon.

China will launch its own space station starting as soon as 2020; China has invited UN members nations for contribution
Queqiao will execute transition to EML2; Longjiang-1 & 2 microsatellites might be lost