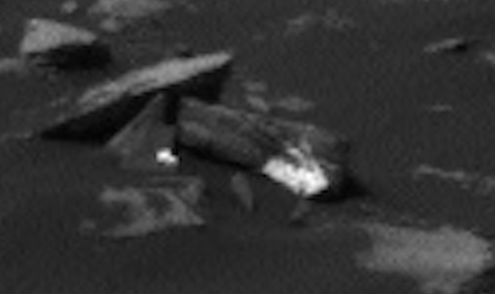 Renowned UFOlogist Scott C Waring who consistently posts about alien findings and UFO sightings on his blog UFO Sightings Daily has once again claimed of finding an alien object on the Martian surface. This time Waring has discovered two white rabbits like figure in two different photos taken by the Curiosity rover that is exploring Mars.

What’s striking is that both the photos are very fresh as they were uploaded over the weekends. Waring has zoomed in the image to show two clear long ears just like rabbit’s ears, and UFOlogist is calling it as a rabbit.

It is not the first time that Waring has spotted a creature on Mars with two years poking upwards. Nearly six years, he discovered a six-legged creature with two ears on Mars while scanning the NASA image. You read the story here.

In the fresh images, one can see a rabbit-like creature snuggled up against a dark rock face, and a baby rabbit is following the creature. Waring is completely sure that the white coloured object is a living creature and it might be anything; a fungus white plant or an animal. 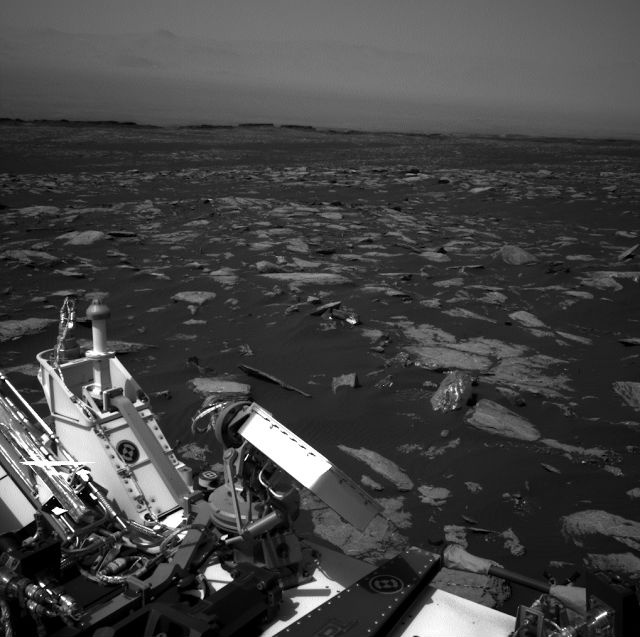 “This is however a living creature, whether its a fungus white planet or moving white animal…doesn’t matter. Its there and not one close up of the creature was released to the public,” said Waring.

He further accused NASA of hiding the truth from people and said it is not possible for scientists working on a 2 billion dollar project to ignore such valuable findings in the images beam back by the Curiosity rover. He made a bold claim that if NASA is unable to see such objects, then it should handle control over to someone else after all it is the tax payers money that paid for the mission.