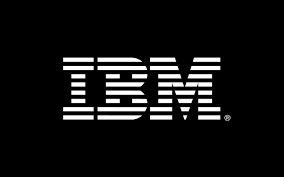 The tough quest to store big data in tinier and tinier storage, scientists have developed lot many things which have amused us so far. Recently, IBM scientists found out a way to store all data in one single atom. Yes, exactly, just one single atom. Let’s know from IBM itself, how they have managed to form such a triumph of the device.

On MArch 8th, 2017, IBM announced that it has finally managed to successfully store data on a single atom for the very first time in the history of networking. The research study was carried out at the computing giant’s Almaden lab in Silicon Valley. The research papers were published in the Scientific Journal Nature on March 8th, 2017. This new invention can show the great impact on the way of storing digital information shortly.

For your information, a hard drive today takes about 100,000 atoms to store a single bit of data, specifically binary data which are: 1 or 0. The results were announced this Wednesday which showed how much more densely it might be possible to cram information in the near future.

The atom is so tiny that its capability can be doubted, but it can store Apple’s entire music catalogue of 26 million songs.

The making of most miniature storage unit:

Scientists who are working at an IBM research facility in California had found out that when the holmium atoms were placed on a special type of surface which was made up of magnesium oxide, they naturally started to get oriented in a magnetic north and south pole. This property is very similar to that of regular magnets have which pointed either straight up or down and remained that way in a stable condition. Different laws of Physics can be applied to explain this magnetic property. But let’s focus on the making of this tiny atom. The scientists then started to flip the atom by giving them a zap with a microscope that has a needle with a tip just one atom wide.

The experiment shows the exact way the magnetic disk of a hard drive works. Hence, it is very clear that the atom possesses magnetic properties. The tiny magnets attached to those drives point either up or down, and that orientation conveys binary information—either a 1 or a 0. The binary bits of information on hard drives are physically much bigger than imagined.

In an interview with the IBM officials, they quoted,  “This work is not product development, but rather it is basic research intended to develop tools and understanding of what happens as we miniaturise devices down toward the ultimate limit of an individual atom,” Lutz said. “We are starting at individual atoms, and building up from there to invent new information technologies.”

IBM has taken its baby steps to achieve atomic storage technology in hand. We are expecting that in the near future IBM will show some definite results regarding the same.