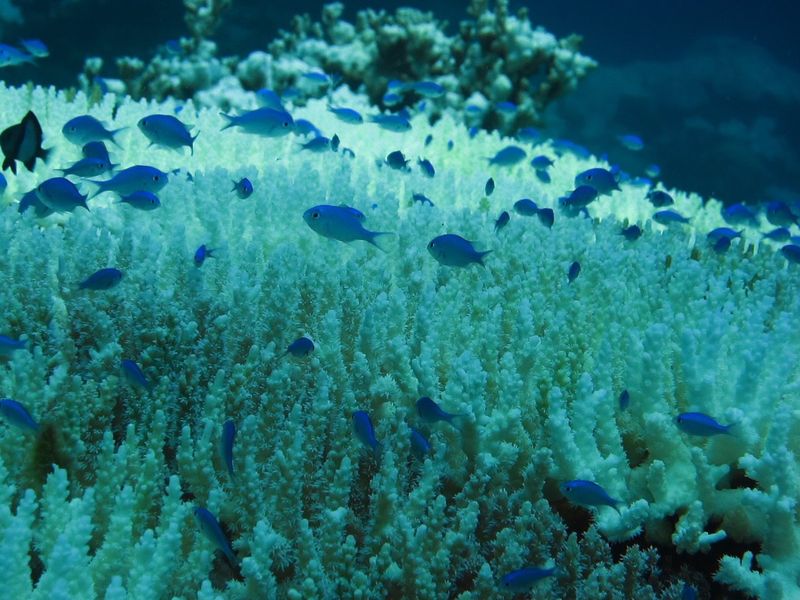 You might be aware of the distressing influence of climate change and rising temperature level on the ecology of the earth. But you might not know how the unpredictable changes in climatic patterns are contributing to the fatality of marine lives across the world. A new international study, recently published in a famous science journal has highlighted how climate change is affecting the oxygen level of oceans and how it is gradually becoming the most serious threat to the aquatic ecosystem.

A significant research synthesis, published Wednesday in the science journal ‘Nature’ has highlighted that, in last some decades, there is a continual decline in the oceanic oxygen level globally. According to the study, in past 57 years, the quantity of dissolved oxygen in oceans around the world has dropped down by 2% – a long-predicted consequence of climate change. The research paper also cautioned that, if the changes in climatic pattern go on at this pace, resulting in the continual declining of oxygen level in oceans, then it will have destructive consequences for marine lives.

The study, conducted by the oceanographer Sunke Schmidtko and his two colleagues from the GEOMAR Helmholtz Centre for Ocean Research in Kiel, Germany, detected that ocean oxygen content across the globe are slowly going down and between 1960 and 2010, there is 2% diminution in the rate of dissolved oxygen level. In the last five and a half decades, different areas of the global oceans are unsupplied with oxygen, known as ‘anoxic waters’, said the path-breaking study, appeared in the science journal Nature.

In the research paper, the analysts have highlighted the intensity of this loss. The study says the largest decline of oxygen regarding overall volume is recorded in the biggest ocean of the world – the Pacific. But concerning percentage, the sink rate is sharpest in the Arctic Ocean – a maritime province which is facing the harshest impacts of climate change.

Ocean inhabitants, just like human beings, need oxygen molecules to survive. Oxygen is in the dissolved conditions in the water, and when the temperature of the water accelerates, the ability of oxygen to hold onto ensnared gases starts falling, resulting in the decreasing density of anoxic waters in the ocean, which eventually causes poor sinking and transporting of fresh oxygen to the in-depth of water bodies.

According to Sunke Schmidtko, the first author of the study and two of his colleagues Lothar Stramma and Martin Visbeck, The loss of ocean oxygen has previously been reported in local water bodies, but our study is the first one who looked into the scale of oxygen in global oceans.”