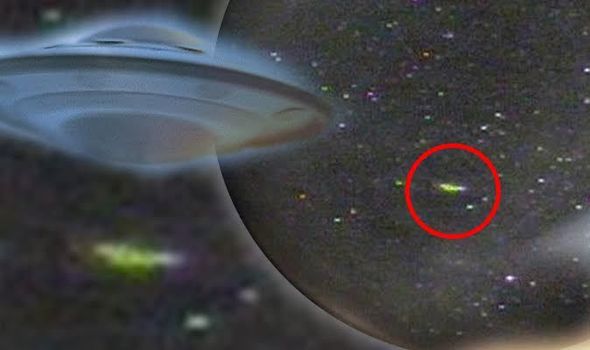 We always wonder, are we alone? Does some other form of life exist? Several alien hunters have tried to prove the presence of extraterrestrial life but none has found success. However, in a new find, alien seekers claim that they have found a,solid evidence of UFO sighting this time which can prove that we are not alone in this universe. According to alien enthusiasts, a bright UFO was seen over Atlantic in the sky by two different people. Conspiracy theorists argued that spotting UFO by two different people cannot just be a coincidence which proves that aliens do live.

The reports came through the US-based Mutual UFO Network (MUFON) that tries to find out the alien life and investigates the alien sighting across the globe. Two different sources contacted the MUFON about the same alien sighting last night. First witness reported the UFO passage over Nevada and recorded the video in his camera. MUFON confirmed that the bright object in sky was neither an aircraft nor any meteor. Apparently,  alien buffs are confident that it was an alien aircraft passing over Earth as they came to monitor our activities.

The report said: “Our all-sky night camera caught this unusual bright object pass overhead, Highway 395 Inyo county, heading west over the Sierra Nevada. It was too late at night to be a satellite (plus satellites don’t travel E to W) and too slow for a meteor. The entire passage lasted 80 seconds. An aircraft might be possible, but normally aircraft at night flying high are almost totally dark and invisible, this thing got near magnitude -6 at the high point, with multiple colors white, green, pink. Unlikely to be aircraft headlights, since it got brightest when it was nearly overhead, not when approaching, so would be looking right at the object’s side when brightest. This is a rural area with no nearby airports. Was indoors at the time, so can’t say if it made any sound or not. No loud sound.”

Second witness reported the alien sighting from the West of Ireland. He is an experienced sky watcher and knows how celestial bodies in the sky. He explained that he can identify abnormal activities in the sky whether is the falling of meteor or UFO flying in sky.