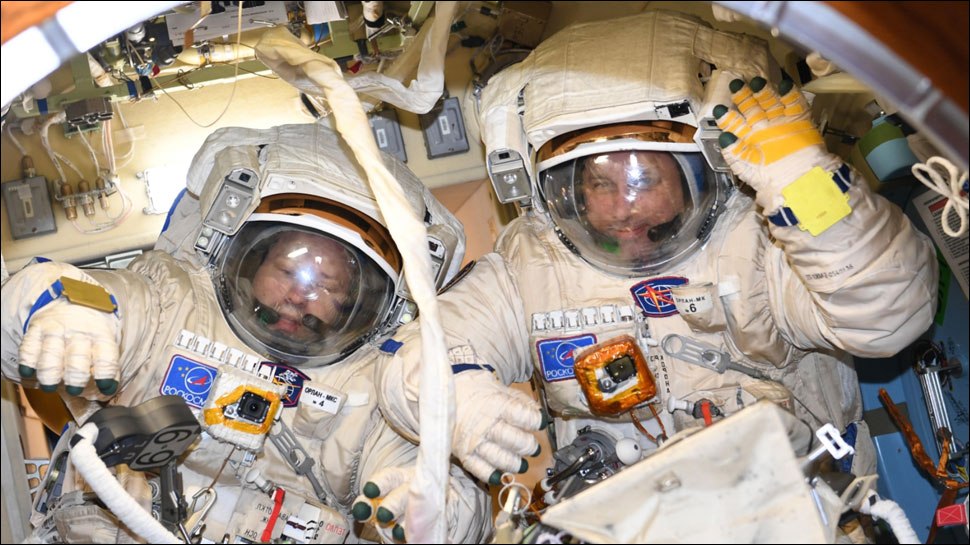 On February 2, Friday, Expedition 54 Commander Alexander Misurkin and Flight Engineer Anton Shkaplerov of the Russian space agency Roscosmos started the 2nd ISS Spacewalk at 10:34 am EST (9:04 pm IST). Normally spacewalks are done for maintenance of ISS. So, this time, the astronauts were assigned the work of replacing electronics box for a high gain communications antenna during the spacewalk. During the spacewalk, the two Russian cosmonauts replaced the old electronic box with a new electronics and telemetry box on a communication antenna on the Zvezda service module. The

NASA scientists informed that the new high-frequency wideband receiver will better communications between Russian mission controllers and the Russian modules. According to the Tech Times, The replacement will enable the data transmission and ISS telemetry of the Russian segment to have a similar performance like that of NASA’s communications. Originally, the spacewalk was scheduled to be a 6.5 hours affair but it got stretched to 8 hours 13 minutes owing to some issues related to the high-gain antenna. After the cosmonauts successfully replaced the electronic box of the antenna, they found out that the antenna on the box was not extending or moving. For the replacement work, the cosmonauts had folded the antenna but it failed to extend and move.

With the help of flight controllers, the Russian cosmonauts finally got the antenna moving but the mission control said that the antenna is positioned wrinkly. The antenna was in a position 180 degrees farther than anticipated. But, despite its unusual position, the antenna worked fine and was in a good position, as informed by the NASA mission control. Friday’s spacewalk marked the 207th spacewalk aboard ISS since its deployment in space in 1998. Also, it was the fourth spacewalk for cosmonaut Misurkin and a second one for Shkaplerov.