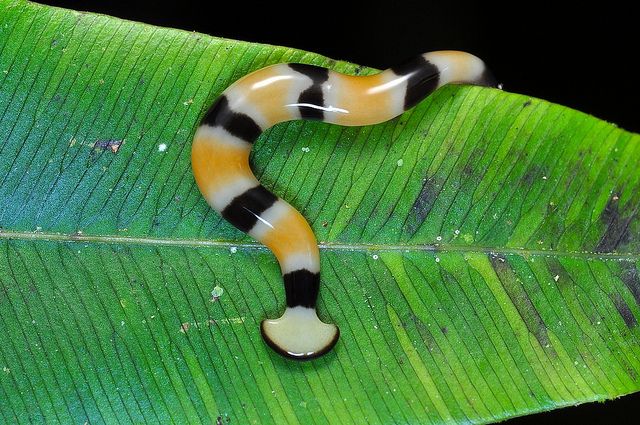 A recent study has confirmed that some squishy invaders have been infiltrating the French ecosystems stealthily while preying on soil-dwelling creatures. As per the latest study, giant hammerhead flatworms are the invaders in question. These are muscular and colorful specimens with elongated heads that resembles that of a hammerhead shark. These flatforms appear similar to earthworms but on ‘steroids’ extending to over 1 foot or even more. These species are preying on soil-dwelling invertebrates while causing a considerable impact on the ecology of the native species.

According to the reports describing the sightings of hammerhead flatforms dating back to 1999, researchers have concluded that these species have been thriving in parts of France and in the French territories for over 20 years. This raises a question whether how and why would these specimens invade into another ecosystem of which, they aren’t native of? Researchers found that flatworms have an incredible superpower of regeneration similar to the earthworms. The scientists conducted a number of different studies by amputating these beings to find out the extent of regeneration that these living beings possess.

In one such study, researchers found out that even if these flatworms were amputated in fragments i.e. 300 parts of their entire body, these would regrow into new worms. In another study, researchers found out that when the tails of these flatworms were amputated in space, they grew another head. Researchers have also tweaked the regenerative characteristics of these worms in order to regenerate into different species.

Moving further, scientists found out that although flatworms are native to Europe, the giant hammerhead flatworms species are found in the warm parts of Asia. This particular bit of data was published in a study by Jean-Lou Justine, a professor at the Department of Systematics and Evolution in Paris. Justine and her team of researchers investigated 111 records of sightings and observations such as in gardens and other locations between the period from 1999 to 2017. This includes the sighting of single to dozens and even hundreds of hammerhead flatworms in a single location.

This helped scientists to conclude that there are five non-native species of giant hammerhead flatworms that are found in French Guiana, French Polynesia, Caribbean French Islands, France and its overseas territories. As per the report, researchers found out that these species of flatworm belonging to the Diversibipalium genus where one is a black-colored specimen and another is iridescent blue colored worm are likely the two new species of hammerhead flatworms.

One of the most probable reasons how these species were successful in infiltrating native ecosystems stealthily is their ability to reproduce asexually. This means that they can reproduce offsprings without the need of a female counterpart. One of the key characteristics of these species is that they secrete chemicals that produce unpleasant taste which keeps the predators away from it. The research paper consisting of detailed analysis on hammerhead flatworms is published in journal Peerj.

Birds and ferns were likely the survivors after major a catastrophic event happened 66-million years ago
Humans account for puny 0.01% of the total biomass on the Earth: A new study suggests