Home » News » Sports » This is why African Elephants will go extinct soon! 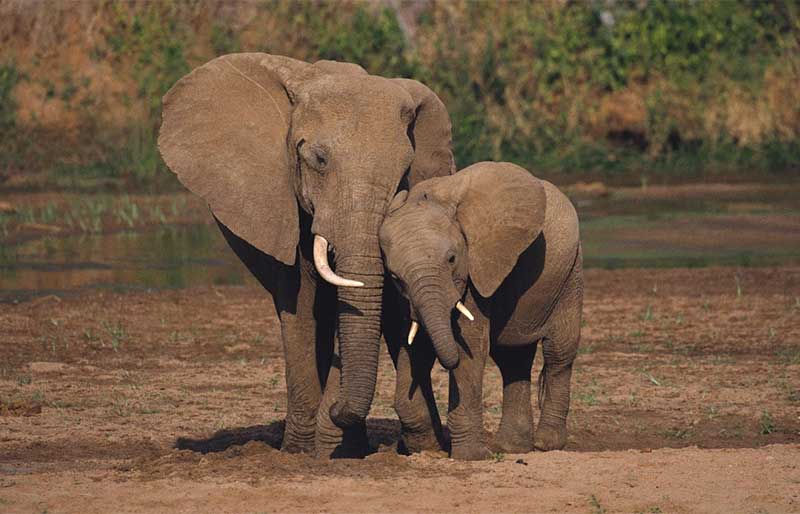 Recently, a group of scientists got genetic evidence of interbreeding among the ancestors of modern-elephants, mammoths, and mastodons occurring during the Pleistocene Epoch. They found out that the three modern-day species of elephants have distinct genetic profiles and their ancestors interbred with other species of the Elephantid family to cope up with changing climate.

What worried the scientists were the two modern species that never interbred with each other. And those two species were the only leftover African species name that forest and savanna elephants. If these two African elephant species do not interbreed with each other, then their population will be in danger. So we might see the African Elephants being listed as endangered species in future if we do not ensure interbreeding among elephant species. Interbreeding among species is considered very important for maintaining genetic diversity. With the climate change intensifying day by day, interbreeding has become an important criterion for controlling the decreasing population of different species.

As the latest study revealed that the two leftover African elephant species do not interbreed, it becomes important to specifically concentrate on conserving those African elephant species. The latest study was conducted by a group of scientists from McMaster University, the Broad Institute of MIT and Harvard, Uppsala University, Harvard Medical School and the University of Potsdam. The research team did DNA sequencing of 14 genomes from both currently living elephants and the extinct elephant species of Asia and Africa, a Columbian mammoth, two American mastodons and a 120,000-year-old straight-tusked elephant. From this study, scientists got to know that the ancestors of modern-day African and Asian elephants interbred with mammoths and mastodons.

The scientists discovered a gene flow between the mammoths and mastodons and the ancestors of modern elephants that revealed about the complex genetic and evolutionary history of the elephants. But they found out that no interbreeding occurred in between forest and Savannas elephants of Africa and both the African species lived in near-complete isolation for the past 500,000 years in spite of their close geographical proximity. So, the latest study revealed two things. First is, scientists got to know that the African Elephants are not a single species but are two different species. Second is the dark future of those two African species because they do not interbreed.

African elephants were listed as vulnerable by the International Union for Conservation of Nature (IUCN) in 2008, with no independent assessment of the conservation status of the two forms. In 1979, Africa had an estimated minimum population of 1.3 million elephants, with a possible upper limit of 3.0 million. By 1989, the population was estimated to be 609,000; with 277,000 in Central Africa, 110,000 in eastern Africa, 204,000 in southern Africa, and 19,000 in western Africa. About 214,000 elephants were estimated to live in the rainforests, fewer than had previously been thought. From 1977 to 1989, elephant populations declined by 74% in East Africa. After 1987, losses in elephant numbers accelerated, and savannah populations from Cameroon to Somalia experienced a decline of 80%. African forest elephants had a total loss of 43%. Population trends in southern Africa were mixed, with anecdotal reports of losses in Zambia, Mozambique and Angola while populations grew in Botswana and Zimbabwe and were stable in South Africa.

African elephants receive at least some legal protection in every country where they are found, but 70% of their range exists outside protected areas. Successful conservation efforts in certain areas have led to high population densities. As of 2008, local numbers were controlled by contraception or translocation. Large-scale cullings ceased in 1988, when Zimbabwe abandoned the practice. In 1989, the African elephant was listed under Appendix I by the Convention on International Trade in Endangered Species of Wild Fauna and Flora (CITES), making trade illegal. Appendix II status (which allows restricted trade) was given to elephants in Botswana, Namibia, and Zimbabwe in 1997 and South Africa in 2000. In some countries, sport hunting of the animals is legal; Botswana, Cameroon, Gabon, Mozambique, Namibia, South Africa, Tanzania, Zambia, and Zimbabwe have CITES export quotas for elephant trophies.