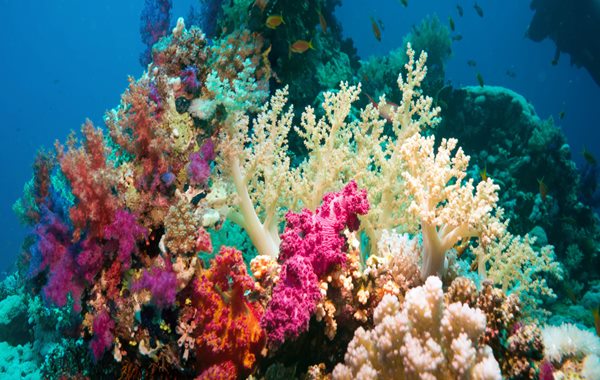 As per the results of new research, it was observed that the chemicals, oxybenzone and octinoxate are highly responsible for the damage of coral reefs. Also, the chemicals are found in the majority of sunscreens available in Hawaiian markets. And hence, the Hawaiian Lawmakers decided to put a ban on manufacturing of these types of sunscreens. The sales on existing units available in the market will also be halted.

Tuesday last week, the Hawaii officials have passed a bill regarding the same, which is now pending to be signed by Gov. David Ige to pass it as a law around the region. As per the rules and regulations, after signing the bill, the law will legit from January 1, 2021. Commenting on the issue, state Sen said that if the law will be passed, Hawaii will become the first state to put a ban on sunscreen to protect coral reefs.

Mike Gabbard (D, Kapolei-Makakilo) introduced Senate Bill 2571, that puts a ban on the sale and distribution of over-the-counter sunscreens containing oxybenzone and octinoxate in Hawaii. Then the bill was up for voting by House and Senate. Some retail and health representatives opposed the bill. But the bill was passed unanimously by the Senate and only four members of the Senate house, Rep. Isaac Choy, Rep. Sharon Har, Rep. Sam Kong and Rep. Bob McDermott, voted against the bill.

Sen. Gabbard wrote in an email, “Amazingly, this is a first-in-the-world law. So, Hawaii is definitely on the cutting edge by banning these dangerous chemicals in sunscreens. When you think about it, our island paradise, surrounded by coral reefs, is the perfect place to set the gold standard for the world to follow. This will make a huge difference in protecting our coral reefs, marine life, and human health.”

The new bill got support from Friends of Hanauma Bay, Surfrider Foundation Sustainable Coastlines Hawaii, the Office of the Hawaiian Affairs as well as many non-profit environmental groups. The representatives who opposed the bill were the Hawaii Food Industry Association, the Hawaii Medical Association, Chamber of Commerce Hawaii and Personal Care Products Council and some others. They are claiming that the sunscreen ban could damage human health and could increase the risk of cancer in patients. Also, the reef friendly sunscreen costs two to three times more than the normal sunscreens.

Hawaii, which welcomes around 9 million sunscreen-slathered tourists a year, may become the first US state to ban the ingredient. The state legislature passed a bill to ban the over-the-counter sale of the more than 3,500 oxybenzone products on the market this week (along with products that contain octinoxate, another common sunscreen ingredient). The bill has been in the works for longer than a year and now awaits a signature from the state governor. Hawaii residents and visitors would only be able to buy sunscreen with the ingredients with a prescription from their doctor.

Sunscreen industry groups aren’t pleased. The bill would ban “at least 70% of the sunscreens on the market today, based on weak science blaming sunscreens for damage to coral reefs,” the Consumer Healthcare Products Association, which includes members like Johnson & Johnson, said in a statement obtained by the Washington Post. Bayer, which manufactures sunscreens by Coppertone, said that the bill was “at odds with skin cancer prevention efforts.”

There is a range of mineral-based, US Food and Drug Administration-approved sunscreens available on the market which contain either titanium dioxide or zinc oxide. Plus, there are plenty of chemical sunscreens that don’t contain either oxybenzone or octinoxate.

Based on the data obtained back in 2016 when northern areas[of Great Barrier Reef] were hit by heat waves and bleaching event, researchers undertook the task to contemplate the extent of damage caused by higher water temperature. They mapped heat waves patterns of more than 1,400 miles of the reef so that they can observe which coral species have been dying over the years due to various bleaching events.

The study suggests that these and in fact, all other reefs worldwide have been affected by marine heat waves which are caused due to increasing global temperature aka global warming. These events are fairly dangerous for coral species as it has ignited the number of die-off of these species, especially those which are temperature-sensitive and cannot withstand the increasing temperature. Researchers assert that these back-to-back bleaching events are far more damaging than it was expected below.

The research indicated that about 29% of the total 3,863 reefs in the giant coral reef system of The Great Barrier Reef has collapsed and damaged. The research paper published in the journal Nature on April 19 provides a detailed map based on previous research of 2016 when U.S. and Australian scientists undertook the mantle to survey the reef system using various techniques.

Researchers found out that some of the corals collapsed due to a lower level of heat stress where the levels are far less than expected earlier. Mark Eakin, chief scientific advisor at NOAA’s Coral Reef Watch states that these corals subjected to lower levels of heat stress died because they were never exposed to it. Located in the northern area, these corals died off at much lower heat waves than others located elsewhere. The increasing water temperature has already killed all the algae found on the coral reefs leaving only flattened and pale colored corals in the vicinity.