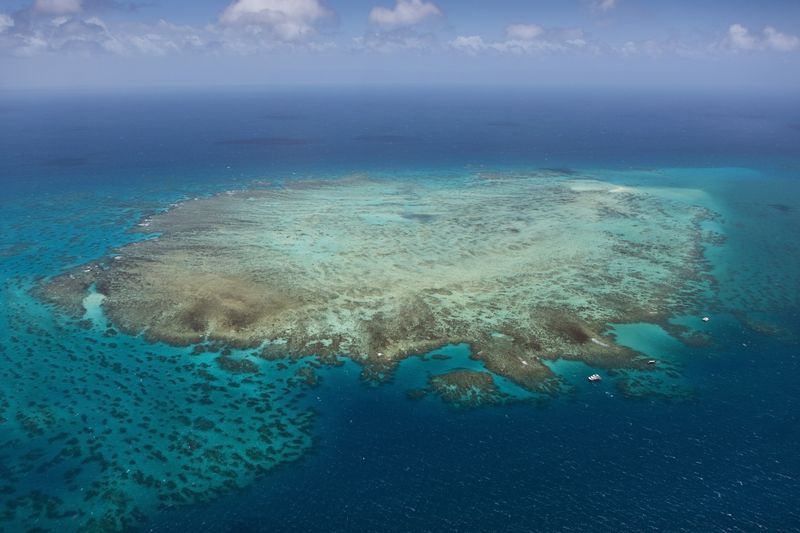 After series of bleaching events, agricultural runoffs, climate change, and coral-eating starfish collectively destroyed a huge chunk of the Great Barrier Reef in Australia, it has received an investment of half a million Australian dollars or $379million USD to prevent these catastrophic entities to cause further irreversible damage to the Australia’s biggest tourist spot and world heritage site as marked by UNESCO in 1981.

During a debate that concluded on Sunday, the government ministers finally agreed upon sanctioning funding of half a million Australian dollars that would be invested in different avenues that would help conserve the Great Barrier Reef for future generations to come. Josh Frydenberg, Energy Minister for the Australian government stated that the amount sanctioned for the farmers will be directly sent to them in order to combat and modify the practices of agricultural runoffs where pesticides, nitrogen, and sediments are let go into the ocean that further causes problem in the aquatic ecosystems by feeding the coral-eating starfish that in turn damages the corals.

In 1981, UNESCO declared Great Barrier Reef as a world heritage site which made it a popular tourist spot spread across a region of 348,000 square kilometers. However, just last year, the region saw two bleaching events consecutively in 2016 and 2017 thereby depleting the corals leading to a loss of 30% of the coral reef which was recently confirmed by a new study. The depletion of the coral reefs intrigued UNESCO into retitled the Great Barrier Reef into the ’in danger’ list. However, due to turn of events, UNESCO decided not to place it on the danger list.

One of the major cause of massive destruction is the coral-eating starfish which sticks with the corals with their stomach attached to it. These starfishes secrete digestive enzymes which liquefy the coral tissues. Another major issue as earlier said is the agricultural runoffs from the nearby cattle stations and sugarcane fields.

Australia is the second largest exporter of coal that contributes to its GDP along with the revenue generated by tourists and other related activities held at the Great Barrier Reef. Last year, the reef was estimated at $56 billion of assets as per Deloitte Access Economics. It is spread across a region of 348,000 square kilometer which is so big that it can be seen from the space.

Of the total 500 million Australian dollars of invested funding, an A$201 million will be directed towards improving the water quality. The plan is to reduce the runoff caused due to excessive use of fertilizers, pesticides, and other harmful waste for which, the outlet is directed towards the ocean. Then, A$100 million investment will be made towards the reef and improves its resilience. A$40 million investment will be made towards monitoring reef health. Next part of the investments is $58 million and $45 million which will be invested towards getting rid of coral-eating starfish and clean-ups, raising awareness and sea country management respectively.