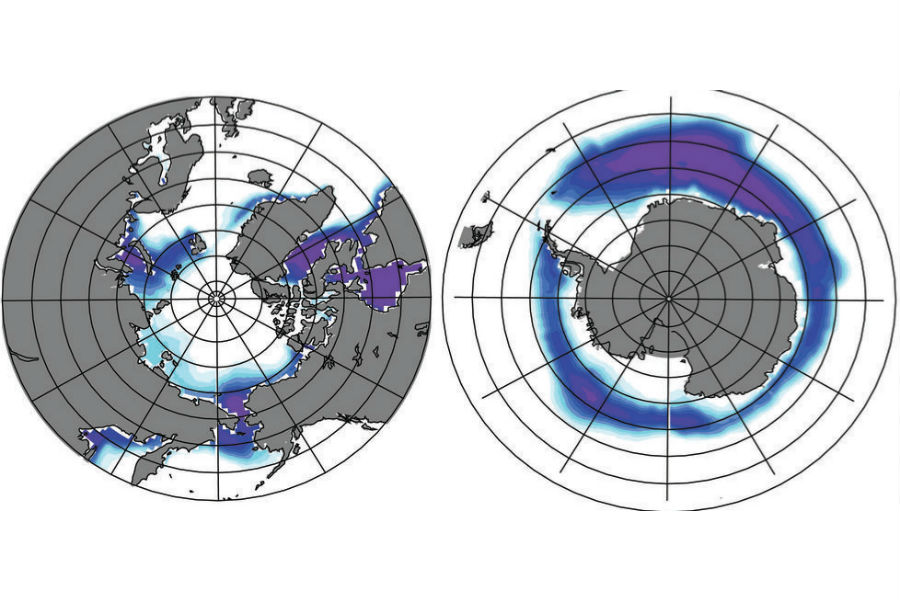 Using computer simulations, the scientists have discovered a further truth to the cyclic nature of the ice and glacial age on earth. The 100000-year cycle of extended cold periods through the history where the average temperature across the globe drops and in the Polar Regions, the seas ice further declines the ambient conditions required for sustaining life, has been a vital discovery of the recent times.

According to the research, as put forward by scientists at the Brown University, the sea ice growth in the southern hemisphere could be a vital factor in controlling the pace of ice ages on earth. In this, the orbital variations that the earth suffers from on a periodic basis on its movement around the sun in the solar system is another such contributor towards syncing the ice age.

During the ice ages, the ice coverage that most of the earth sees is responsible for reflecting off the insolence received by the earth and hence, further reduced the effective average temperature for extended period of times. A lot of other factors like the orbital position of the earth, and the location under consideration, other geological and geographical events of the region under consideration contribute to the severity and effect of the ice age. the reason why the sea ice of the southern hemisphere are so much more important than that of the northern hemisphere could be attributed to the fact that most of the continents are crowding the northern hemisphere whereas the southern hemisphere has a majority of sea and ocean coverage.

Until date, the reason behind the cyclicity and the precision of the ice age cycle was under debate in the scientific community. With this new research shedding light on the orbital variations and aberrations, a new explanation for the same could be framed in the times to come.