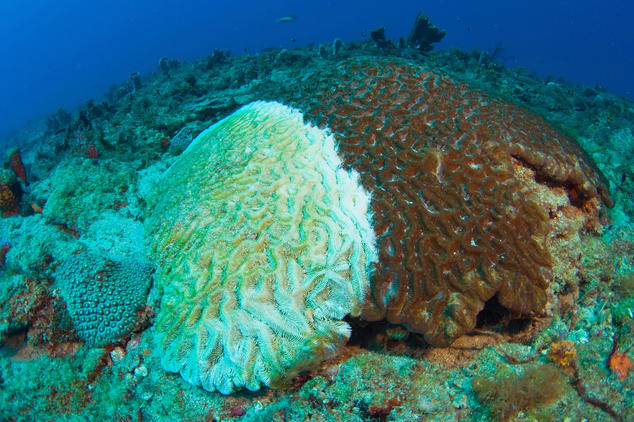 Coral reefs around the globe are being battered and bleached off due to numerous reasons. After two massive bleaching events at the Great Barrier Reef in Australia which disrupted 30-odd percentage of coral reef, it is Florida Keys, the third largest coral reef system in the world which is suffering from the wrath of climate change, rising sea temperature, bleaching, and a new disease that has impacted plenty of corals at the eastern coast of Florida. Mote Marine Lab’ Center for Coral Reef Research and Restoration has been working for five years raising baby corals from embryos in shallow tanks called raceways which could prevent the extinction of coral reefs at the Florida Keys.

According to the reports, coral bleachings, rising ocean temperatures aren’t the only disturbing factor that has stressed reefs but a new disease has weakened the coral reef system in Florida. Researchers are struggling to find the cause and cure of the new mysterious disease that has spread across 360 miles which is the total extent of Florida Keys coral reef. It is also contemplated that it could be a bacterial disease which has engulfed more than half of the coral species.

Researchers stated that the disease causes necrosis which leads to tissues sloughing off the coral’s skeleton. In fact, the disease is so deadly that it could kill the entire coral if infected within weeks. The disease is ever spreading and has shown no signs of slowing down. In 2014, researcher William Precht who was appointed by the state to monitor the corals at the port of Miami reported the outbreak of the disease. He noticed that the disease has been spreading from one patch to another thereby killing the majority of the species in the infected region.

As per the data, the disease seems to have a deadly effect on star and brain corals which form the foundation for many reefs turning them into white colored dead corals. He stated that it would be very difficult to spot corals in the now affected reef at the Miami-Dade County where only three to four species can be seen now. There are plenty of reasons behind the spreading of this mysterious disease where one is the flow of ocean current.

Researchers across the country have been employing different methods in order to detect the cause and curb the disease using DNA Analysis, chlorine-laced epoxy antiseptic and more. Scientists stated that antibiotics can prove instrumental in saving the corals if the disease is bacterial. There are numerous reasons has said by the researchers that allowed the outbreak of this mysterious disease which includes poor water quality, decades of dredging and development, rising sea temperatures and others and due to the long exposure to these elements, now only a few species have left capable of reproduction.

Mote Marine Lab which has been raising baby corals have stated that these corals have shown resistance towards the disease as of now and might give a new lease of life to Florida’s reefs when transplanted.