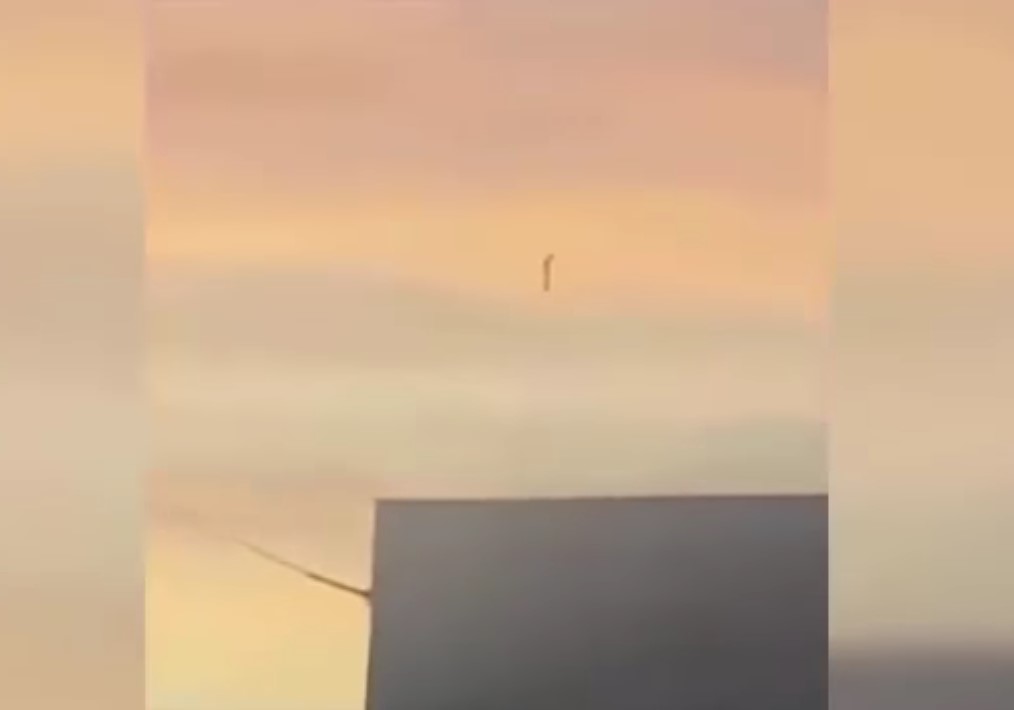 There have been many instances where unidentified flying objects have been seen hovering in the skies across different parts of the world. But, the latest video has captured a unique type of mysterious flying object that looks like the UFO of aliens. In a video footage captured through a cell phone, it can be clearly seen that a strange UFO-like object is hovering in the skies of Baja city in Mexico.

The most interesting thing about this video is the UFO-like object that is seen in the video is actually vertical in shape. This is the first UFO sighting post new year and also the first time that humanoid-shaped UFO has been spotted in the sky. Alien hunters and UFO enthusiasts are super excited by the latest UFO sighting, and they are confident the aliens are visiting Earth and watching us.

Previously also many UFO sighting events had taken place, but at that time the suspicious flying objects were either disc-shaped or cigar shaped. But in the latest UFO sighting video, it can be clearly seen that the mystifying object is vertical in shape which makes the conspiracy theorists strongly believe that the object is a UFO. Sharing his views regarding the vertical UFO-like object spotted in Mexico, a UFO expert named Pedro Ramirez said that the potential UFO was the first sighting of 2018.

After analyzing the video, he stated, “You can see that the tubular UFO is flying vertically over the city.” According to him, the alien activities have increased in the last two months of 2017, and he is expecting that more and more number of alien activities like UFO sightings could be seen in upcoming days. He informed that aliens are aware that a number of space launches have been made by us recently and they have also detected that we have been sending ‘war material’ to space. Scientists researching on aliens have always said that aliens are keeping an eye on us and according to them we are superior and more powerful than them. “Concerned by our activity, they have been increasingly monitoring our planet,” Ramirez said.

According to him, this year will be very crucial for those who are constantly researching on alien life and UFOs and follow the UFO alien activities more closely. Ramirez has predicted that the upcoming launches by NASA as well as SpaceX will result in an increase in the number of UFO sightings. “Some of these space missions have ‘suspicious objectives‘ that alien beings are aware of,” he informed. The latest video of the mysterious UFO-like object has been captured by a woman traveling alongside a busy road in Baja, Mexico. Although many conspiracy theorists and UFO enthusiasts believe the mysterious object to be a UFO, many people have also said that the video had been faked.

Recently, the reused Falcon 9 rocket boosted off from coastal Vandenberg air force base, carrying the latest batch of satellites for Iridium Communications. The launch generated a bright, billowing streak that was broadly seen everywhere in southern California and as far away as Phoenix, Arizona.

A few people thought that it was a UFO and maybe some mysterious alien spacecraft. According to the reports, the eerie object seemed like a giant jellyfish with a large glowing tail. People thought that it is a Ufo but afterwards people started the debate about the object on the social media.