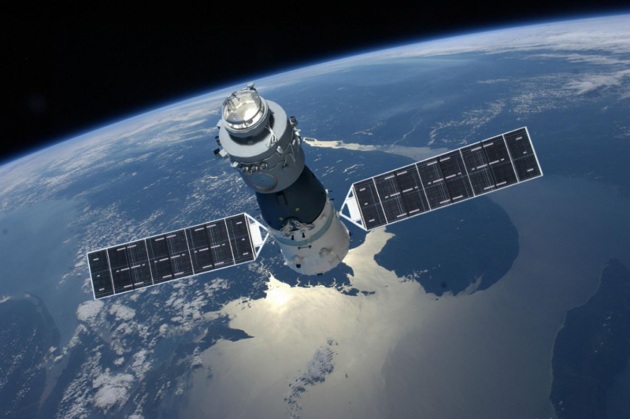 Out-of-control Chinese space station Tiangong-1 will finally crash into Earth during the end of March or early April. On Tuesday, the European Space Agency (ESA) gave an estimated time frame between which the Chinese Space shuttle would re-enter earth’s atmosphere. According to ESA’s Space Debris Office, the uncontrolled Tiangong-1 has a higher chance of crashing into Earth within March 29 and April 9.

The space agency said that it cannot precisely predict the exact location of the crash of the Chinese space module. It said that exactly when and where the Tiangong-1 will burn up is currently difficult figure out accurately and it is also unaware of how much of the broken pieces will reach the Earth’s surface. The ESA scientists say that the exact estimations of Tiangong’s re-entry are difficult to attain owing to the complexities of modeling the atmosphere, the dynamics of the uncontrolled reentering object and the limitations in observing the space module.

According to USSTRATCOM’s Joint Space Operations Center, the out-of-control Tiangong-1 is currently orbiting with a perigee of 235 km and apogee of 257 km. Perigee is the closest point to the Earth during an orbit and apogee is the farthest point from Earth during an orbit. The scientists say that the space station is decaying in an accelerated manner due to the atmospheric drag. The more Tiangong-1 will approach lower altitude, the more it will get decayed.

As per the scientists, the 8.5-ton Chinese space module is less likely to get completely burnt up in the atmosphere. Some of its broken pieces are expected to reach the earth. “If this should happen, any surviving debris would fall within a region that is a few hundred kilometers in size,” informed Aerospace. Aerospace warned that the re-entering space module might contain a highly toxic and corrosive substance called as hydrazine.

An aerospace engineer and atmospheric reentry specialist, Bill Ailor stated that that place is good to put things down without hitting anything. Smaller satellite doesn’t end up at pint Nemo.  By explaining about this NASA said, to destroy a satellite it needs more hit which can be produced from more friction. So when the satellite falls toward Erath with a speed of thousand miles per hours, it produces high friction and heat as well. That level of heat can burn up the satellite.

Besides this, there is still a problem. It is difficult to burn up larger objects, for example, Tiangong-1. This space station was launched in September 2011, and its weight is around 8.5 tons. The length of this space station is 34-foot. Now, this big space station is doomed to crash by 2018 as China has lost control over it in March 2016.

Now the big question is where exactly the spacecraft will crash. No exact information on it has been given yet. Ailor, from the nonprofit Aerospace Corporation, said, the company will not forecast anything in it until five days before the space station is expected to break apart. Is it also said that, when it will happen, the parts of this big spacecraft like titanium scaffolding and glass fiber wrapped fuel tanks can hit the ground at a speed of more than 180 miles per hour. After losing its control over the space station, China is now not in a stage to tell whether the spacecraft will disintegrate over the Point Nemo, the Pacific Ocean.

As per the reports, the Tiangong-1 will most probably reenter Earth somewhere between 43 degrees north and 43 degrees south latitudes. In the map, these two points indicate the central United States down to the southern point of Australia. Jay Melosh, a professor of earth, atmospheric and planetary sciences at Purdue University said that the chances of space station crashing at either extreme is quite high. Melosh told that Tiangong-1 is like a pendulum and the space station spends more time at the limits of its swings that when it is moving at high speeds. Launched in 2011, the Tiangong-1 lost its connection with the Chinses space agency in September 2016 and the scientists had predicted that the out of control space station might fall to Earth in early 2018.